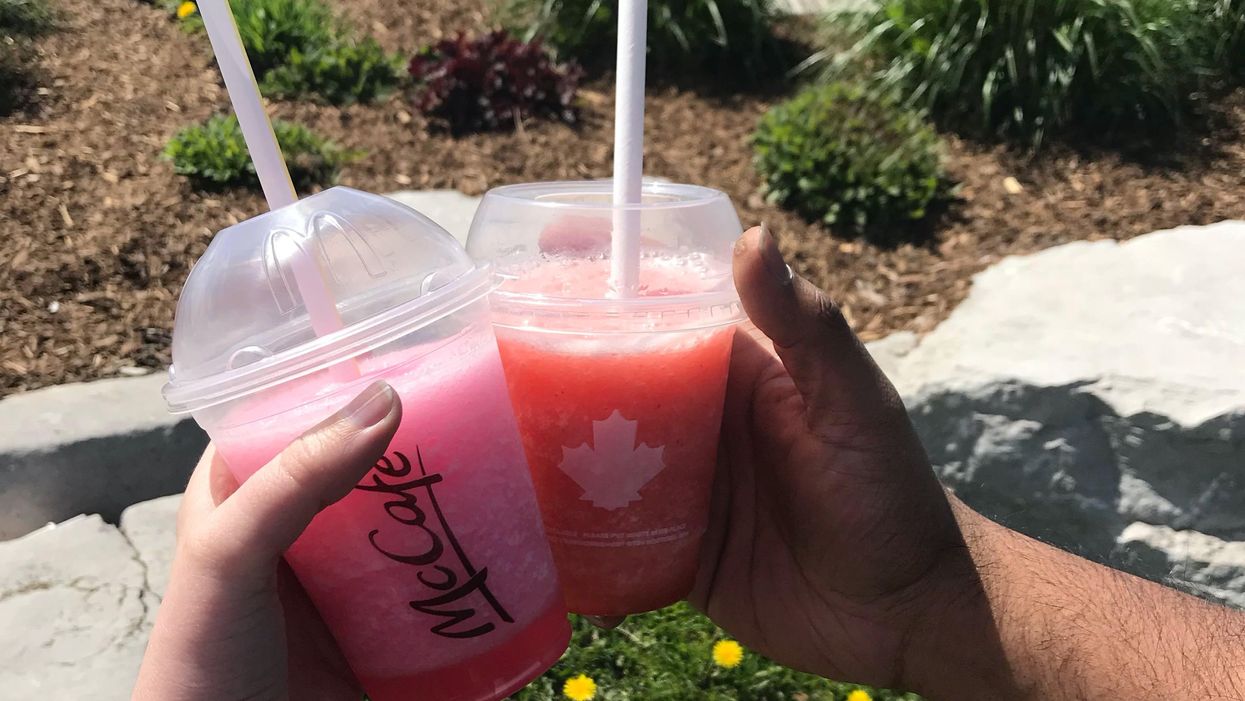 I used to be a huge fan of frozen raspberry lemonade at Timmies, but they seem to have replaced it with this new beverage. While I don't think it tops the OG one I knew and love, I do like this one.

There's not an overwhelming lemon taste, which in this case is nice. There is some obvious acidic flavour in there but it's not sour.

What I loved most about this one is it kind of tastes like a virgin strawberry daiquiri, which is my go-to beach drink. So if you're missing tropical vacations, I would recommend this one.

There are two new slushies on McD's summer menu. There's a raspberry drink and this pink lemonade one.

Unlike Tims, McDonald's doesn't specify what the pink part is and it was kind of hard to tell from the taste. However, this one is a lot more prominent with the lemon flavours, making it sourer.

I hate to say it but somehow, this one did taste a bit more artificial than Tim Hortons' did. That being said, I still found it to be very refreshing and it would be great on a hot summer day!

As a bonus taste test, I did also try their other new slushie, the raspberry one, recently and found it to be delightful. So if you're torn between the two, I would give that a go.

My overall winner here has to be Tim Hortons. On top of it reminding me of my favourite vacation drink and tasting more like actual fruit than Mcdonald's, the Timmies version costs less where I live, coming in at $1.98 for a small, while the same size at McD's costs $2.69.

Plus, the coffee chain recently switched to using paper straws, so they get the environmental win here. Surprisingly, the straws even their own in the wet, icy drink!