Will the real Trudeau please stand up? 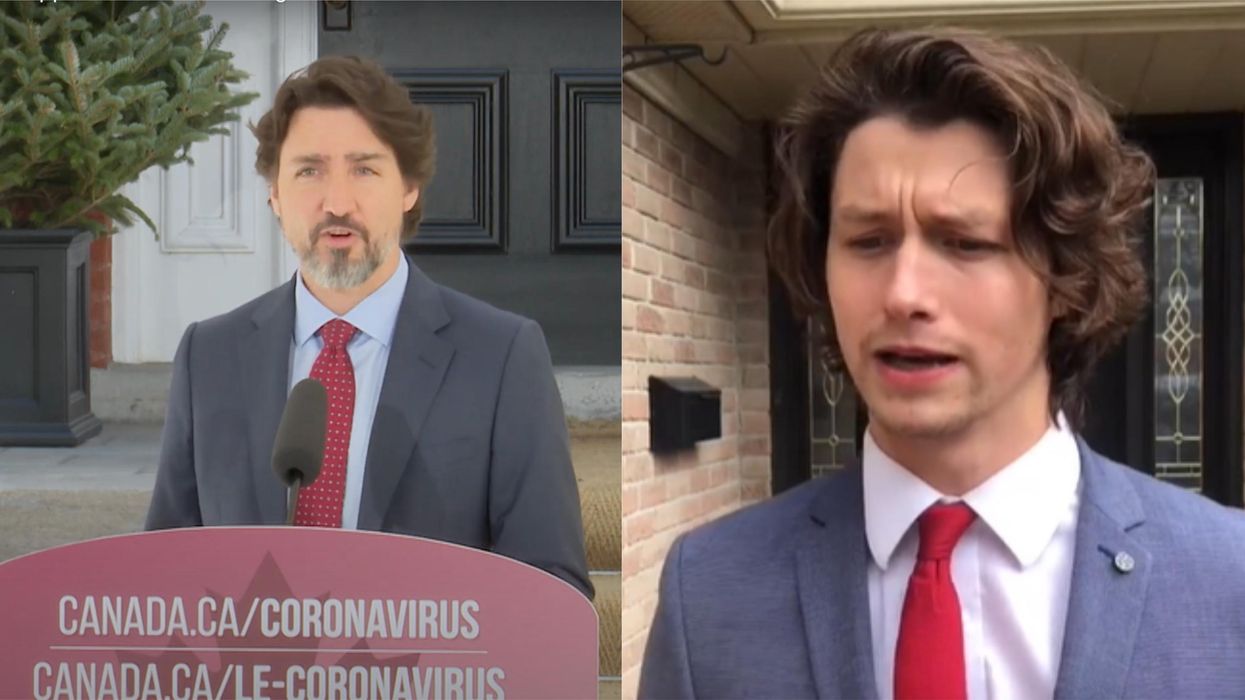 This Canadian on TikTok might just do the most spot-on Justin Trudeau impersonations and Narcity chatted with him to get all the details on his parodies.

Stephen Kalyn, the man behind the hilarious impressions, said that he's been told many times that he looks like the prime minister, so he thought there was something he could do with that. As an actor, he noticed the comedy in what Trudeau does and how "there's something about his intensity every single time he speaks."

Editor's Choice: 8 TikTok Videos That Reveal The Horrors Of Renting In Toronto (VIDEOS)

His favourite video he's done is of Trudeau leaving a press conference to get his jacket. "He says 'I have to model healthy behaviour,' he leaves and then there's just that awkward silence," Kalyn said. He included Trudeau leaving his mic on when he goes inside and him talking to Sophie Grégoire Trudeau before coming out with a fur coat.

Kalyn has also come up with a few originals. He says one of Trudeau at a party was the most difficult to film because of COVID-19. "Also, I'm standing on a glass table and I thought I almost broke through it and everyone kept saying 'don't stand on a glass table' but I had to do what I had to do," Kalyn said.

When Trudeau got a dose of a COVID-19 vaccine and reached for Grégoire Trudeau's hand, he knew he needed to do a video on it.

Justin is not a fan of needles.#fyp #viral #comedy #funny #humor #canada

"He's got this intense way of speaking. Everything is so dramatic like it's the last scene of a movie," Kalyn said, so he practiced Trudeau's voice here and there for a couple of months to perfect it.

He often gets comments from people asking him to recreate certain Trudeau moments — usually embarrassing ones, like when the prime minister said "speaking moistly" at a press conference and the moment went viral.

Kalyn expected a harsh reaction but he "surprisingly got a lot of love," and thinks it's because people were connecting with the humour of his videos during the pandemic.

He said that his Trudeau videos are all about comedy, not politics. "He's fun to impersonate," Kalyn said.