The demonstration is expected to run for 6 hours. 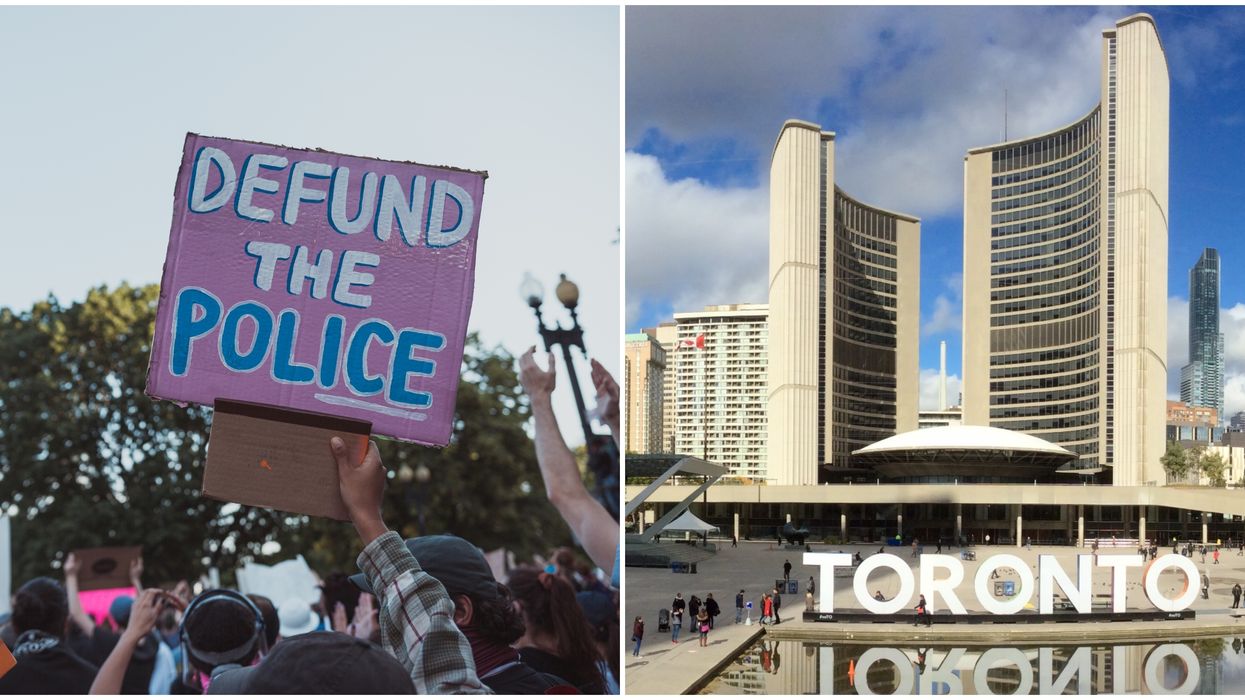 There's more action happening in downtown Toronto this week. Amid calls to defund the Toronto Police, a sit-in is set to take over parts of downtown on June 19. The "Juneteenth" protest in Toronto will be held on Friday and run from College and Bay streets to City Hall.

The Abolish The Police Junteenth Sit-In is being organized in part by activist group Not Another Black Life (NABL).

The protest will begin at 12 p.m. near College and Bay Street near police headquarters and is set to run until 6 p.m. when it will end outside City Hall.

According to a post by the group, the sit-in aims to celebrate freedom and liberation while also demanding to defund the Toronto Police.

"We will occupy Bay St and shut it down to continue to put the pressure on. Defund TPS," reads part of their post shared on Twitter.

They aren't the only ones calling on defunding the police.

In fact, two city councillors have launched a high-profile campaign looking to at least reduce Toronto's police budget by 10%.

Other cities like Hamilton are looking to take action, too.

The Hamilton police services board has agreed to consider partially defunding its local police, noting that a 20% cut would be reviewed.

Narcity has reached out to Not Another Black Life, as well as the Toronto Police.

NABL replied that while they do not have a comment at this time, they will publish a list of demands.

The date of "Juneteenth" for the latest protest is no coincidence.

June 19, 1865, holds extreme significance as it is the "oldest nationally celebrated commemoration of the ending of slavery in the United States," according to Juneteenth.com.

Not Another Black Life noted that those who plan on joining in the sit-in are asked to continue practicing physical distancing with an "x" on the ground to indicate where people can sit.

They also ask participants to wear a mask and stay home if they are sick.

This is the same group that hosted a march for 29-year-old Regis Korchinski-Paquet and George Floyd.

But Toronto isn't the only city in Canada that will be having its own Juneteenth protest.

Black Vancouver will be hosting a march in the city in unity against racism.