It's Vancouver's first march for the movement. 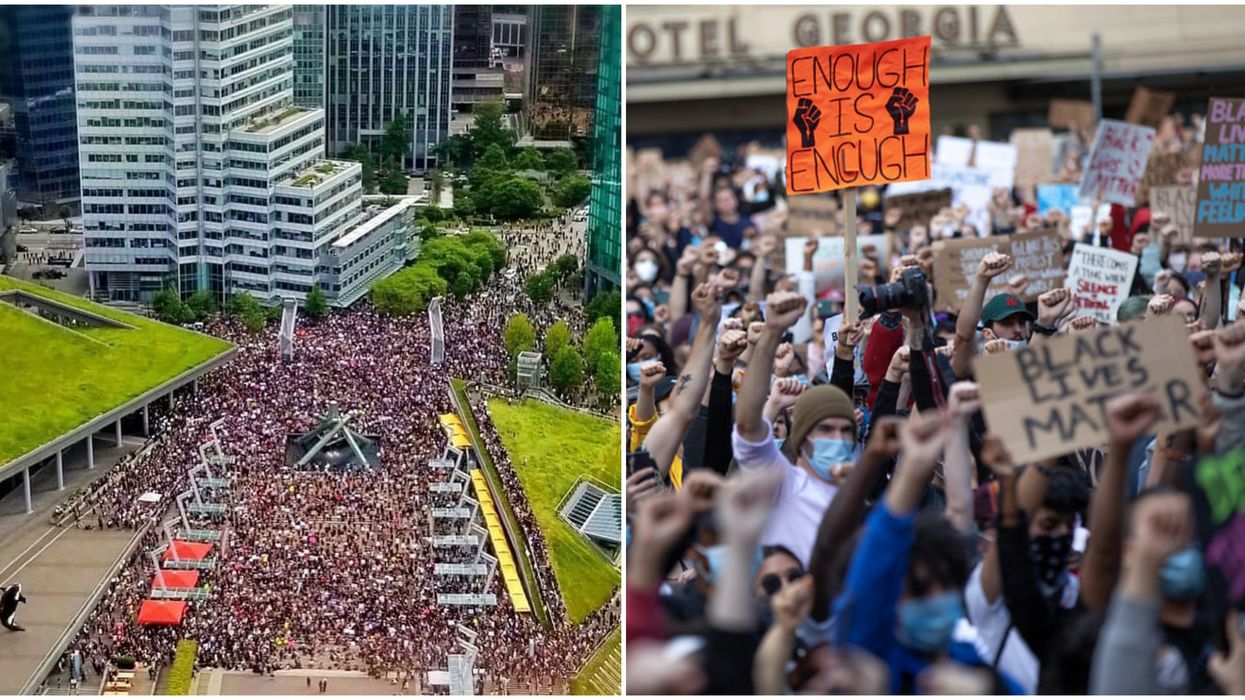 As thousands of Canadians start speaking out against racism, one of the city's latest rallies takes on a symbolic edge. The Vancouver Juneteenth march will be flooding the city streets as a "march in unity" against racism next week. The rally also marks the day when U.S. slaves were finally freed across the country.

Also called Emancipation Day, Juneteenth celebrates the day slavery was banned across the U.S. in 1865. From then on, June 19 became marked as a national holiday, especially among the U.S. Black community.

This Juneteenth on Friday, June 19, culture and activist group Black Vancouver will organize a giant march through the city in unity against racism, according to a statement shared with Narcity.

"After two stagnant protests, one being at the Vancouver Art Gallery, and the other at The Olympic Cauldron, many are demanding just as much asking for a march in unity," wrote Black Vancouver.

"The time to stand together is now."

The march, organized by Nova Stevens and Shamika Mitchell, two Black women from Vancouver, will begin at 4 p.m. in Vancouver's Jack Poole Plaza. Participants are asked to dress in all black.

They'll also be handing out Black Vancouver t-shirts throughout the march, "with the purpose to keep sparking conversations once people head home to their own communities, circles and families," they wrote.

"We can't guarantee that nothing will happen but we believe in the power of our community," he said. "Any process, there's always a risk of a couple of groups of people that may try to vandalize this or do that...we know that the majority of Canadians won't do that."

The march will head down Thurlow street down to Sunset Beach and will take three to four hours, including speeches before and after.

Peaceful protests have already happened in Vancouver, but this will be the first march since the death of George Floyd.

However, while people are eager to go, leaders are urging participants to be careful and to stay peaceful.

While they encourage everyone to march alongside them, there are other ways to support their movement. For example, you can donate to their organization by buying shirts to be handed out during the rally.

Even though Juneteenth celebrates the U.S. emancipation of slaves, it doesn't mean Canada's left out — many Canadians have strong ties to our southern neighbour.

"This makes the celebration of Juneteenth just as important for us as it is for them," they wrote.