It's the cave of our dreams! 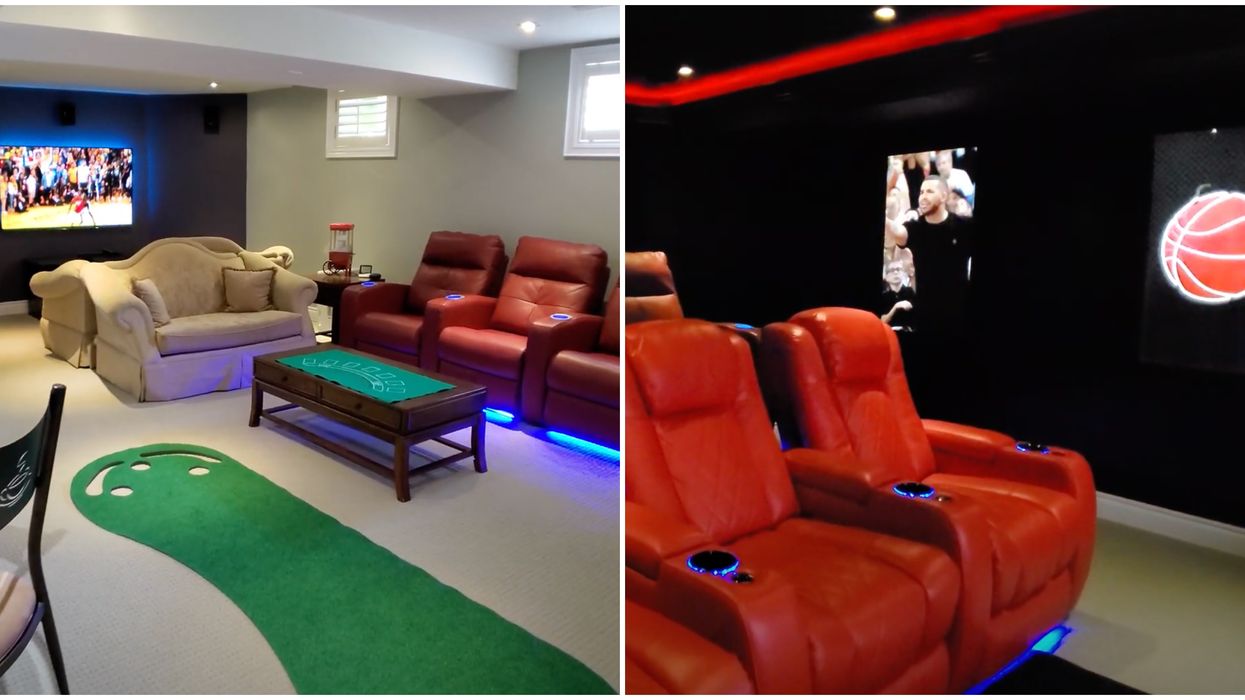 An Ontario man has staked a claim to be the ultimate Toronto Raptors fan. In a video posted to Reddit and Youtube, he shows viewers around his basement, which he has fully renovated to be the perfect Raptors cave. It has pretty much everything a fan could ever want.

The creator and owner of the space told Narcity on Wednesday, August 5 that he's been documenting the renovation progress on his YouTube channel.

He says he wants to inspire more people to create home DIY projects. So, if you’re looking to do something similar, his channel may be a great place to pick up some tips and tricks!

The basement comes equipped with multiple TVs for game viewings, a putting course for commercial breaks, a snack bar, and more Raptors merch than you could imagine.

Perhaps its greatest feature is the private theatre room with a massive screen. We’re assuming this is where all the games are watched!

There truly is nothing missing from this ultimate Raptors shrine.

The creator, credited as TorontoR on YouTube, says that the goal of all the screens is create an "arena-like ambiance," especially since we won't be going to the arena anytime soon.

Now that the Raptors are back and playing again, this spot would be the perfect place to enjoy a game, particularly if you can't make it to Toronto's new dedicated drive-in.

The creator has been a Raptors fan since the late '90s, he told Narcity over a private message.

But, even if the team isn't playing, the basement's his spot. He explained that he decorated and programmed the cave accordingly for the Super Bowl earlier this year.

A fun fact about his movie theatre screen is that it corresponds with a side screen that will automatically display the matching movie poster and current run time!

If you consider yourself a huge Raptors fan, you might want to look into joining the empty stadiums as a virtual fan, since we’re currently unable to see games in-person.

We can’t speak for everyone, but for us, this uber-hangout  makes this guy a real contender for ultimate Raps fan.