Freddie is an NBA star now. 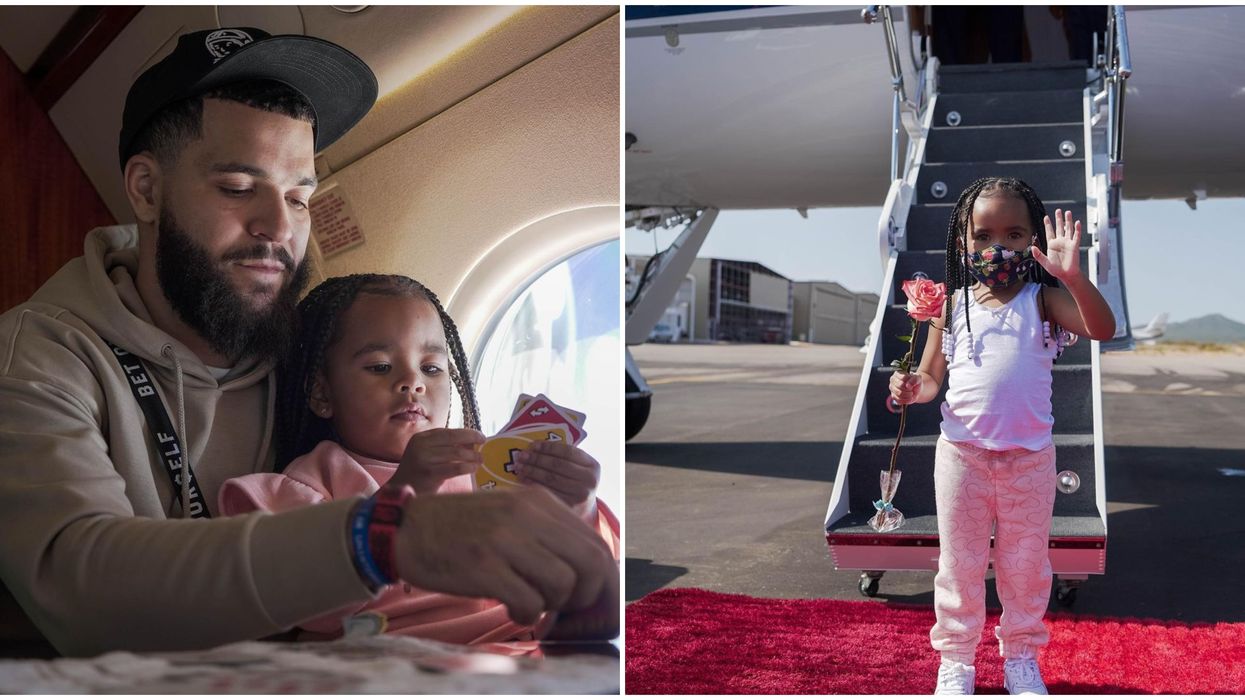 Toronto Raptor Fred VanVleet and his kids are living their best life after his latest NBA deal.

The 26-year-old point guard, who signed a four-year, $85 million contract with Toronto over the weekend, is celebrating in style.

Freddie shared a couple of adorable photos of him and his kids flying on a private jet on Sunday, celebrating his new status as a bonafide NBA star.

Editor's Choice: Here's What You Need To Know About Seeing Your Friends In Toronto & Peel's Lockdown

In the photos, VanVleet can be seen playing Uno with his daughter on their journey.

Little Sanaa Marie VanVleet can even be seen standing on a red carpet in one of the photos.

The Rockford, Illinois native has been on quite the journey, ascending from an unsigned rookie to NBA champion in just five years.

With a glow-up like that, it's easy to see why Freddie got a raise, and he wasn't going to return without one.

VanVleet made it crystal clear earlier this month that he was looking to "get paid" for his hard work and would happily sign with NBA's highest bidder.

"I'm trying to get paid, man, I'm not shy about that," the Raptor said during an appearance on The Old Man And The Three.

Toronto was able to make him an offer he couldn't refuse after all. Welcome back, Fred.