'Handmaid's Tale' Is Taking Over Ontario & Transforming It Into Gilead (PHOTOS)

They have been spotted in Toronto, Hamilton, and Brampton. 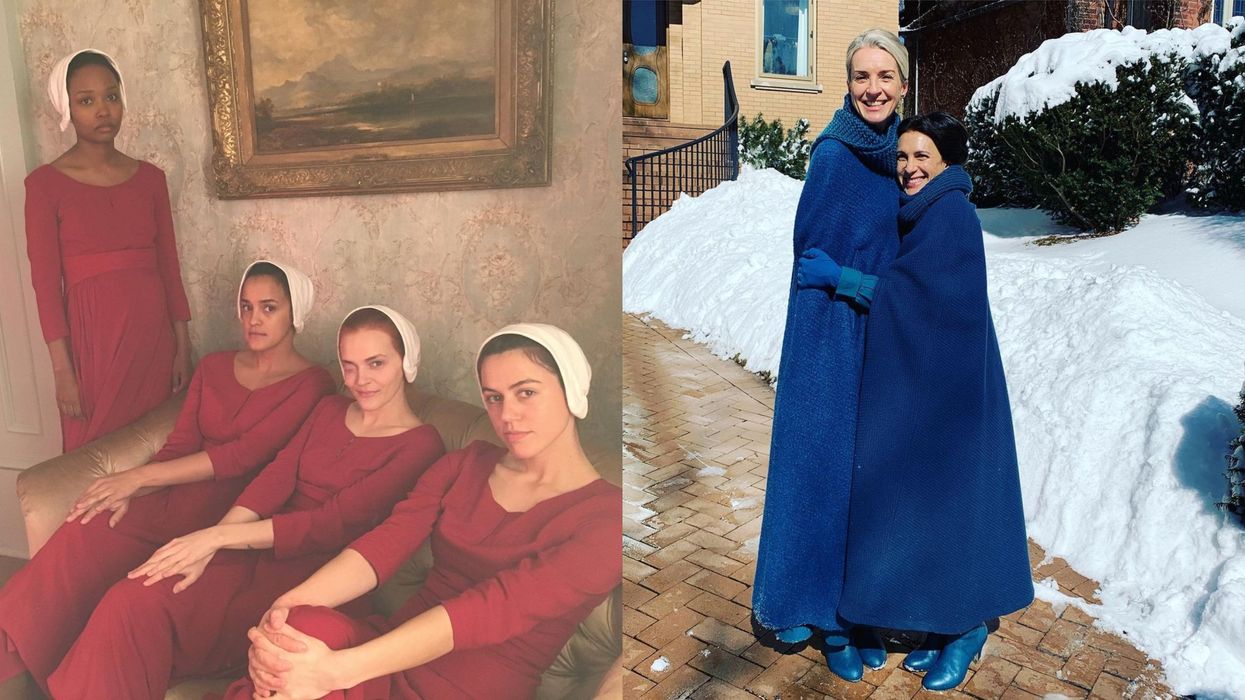 If you look out your window this month, don't be frightened if you spot a bunch of red robes.

Handmaid's Tale has started filming in parts of Ontario again and it's transforming the province into Gilead.

Editor's Choice: Ottawa Just Got A Special New Costco With WILD Items You Have To See To Believe

The Hulu show, which is currently shooting its fifth season, has been reportedly spotted filming in parts of Toronto, Brampton and Hamilton.

Another interesting photo from filming today. Do we think Lizzie is producing or is she in costume as June?!… https://t.co/xi7NtGxECQ
— THT Daily (@THT Daily)1614798143.0

In fact, a group of red robes were reportedly spotted walking through Toronto's Weston neighbourhood on Wednesday.

Some people have also claimed they spotted Alexis Bledel, who plays Ofglen, shooting what appears to be a flashback scene.

Downtown Hamilton and Gore Meadows Community Centre in Brampton have also been selected as filming spots this year.

The cast has also been spotted sharing on-set photos on their Instagram.

The show's fourth season is scheduled to start streaming on April 28, 2021.