The protest blocked off College and Bay. 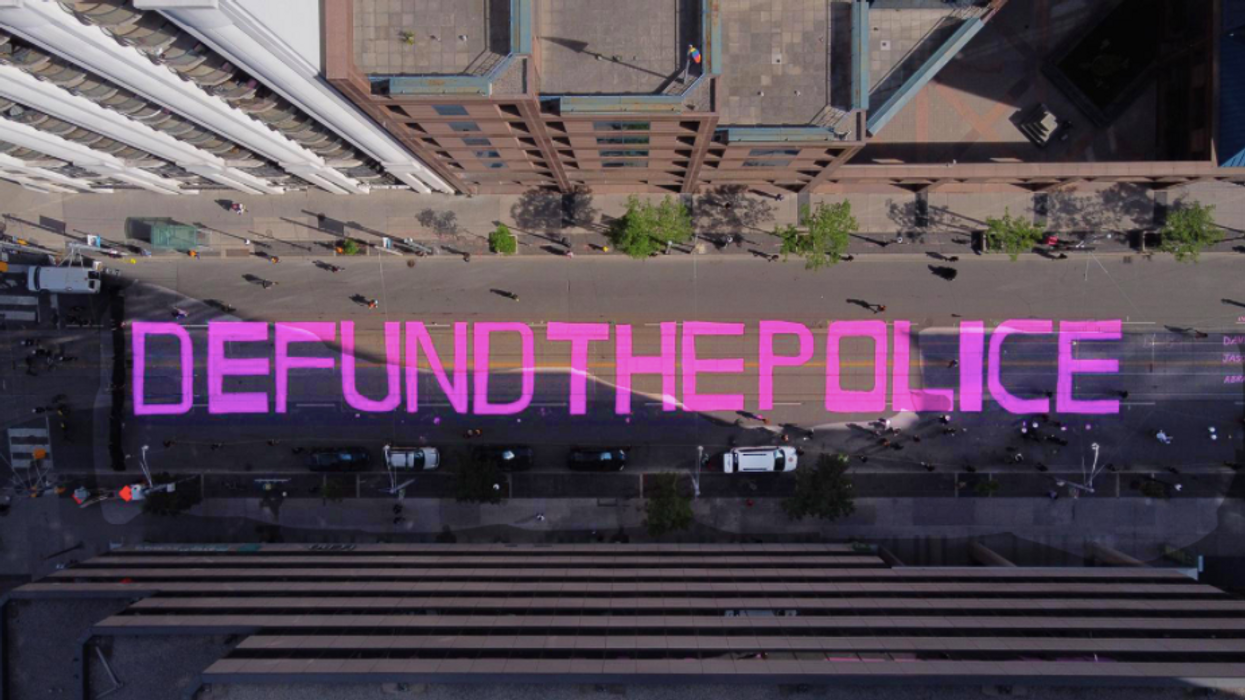 Toronto streets are filling with protestors on Friday as activists march against police brutality. Crowds gathered on College Street in the morning to paint the message "defund the police" outside of the Toronto Police Services (TPS) headquarters. Juneteenth protestors in Toronto chanted, cheered, and danced throughout the peaceful protest, which began in the early hours of the morning.

Black Lives Matter Toronto live-streamed the event on Twitter, which lasted over an hour.

In the video, protestors can be seen painting in bright pink outside of the police headquarters as black barriers block traffic near the typically busy intersection.

"It's a beautiful day to beautify the ugliest part of College street with dreams of liberation," wrote the organization.

Toronto police reported Friday morning that they were aware of the incident but would not be taking any action to shut it down.

“We are aware of a demonstration planned in the downtown core today. Everyone has the lawful right to peacefully protest. College St is closed from Yonge Street to Bay Street,” read a tweet by TPS.

While "defund the police" was being painted, the sprawling art display also featured the names of victims of police brutality.

Protestors will also host a sit-in at noon today near College and Bay Street and will reportedly end outside of City Hall at 6 p.m.

The timing of the protest aligns with Juneteenth, which is the "oldest nationally celebrated commemoration of the ending of slavery in the United States," according to Juneteenth.com.

The powerful demonstration also comes just a week after crowds of protestors marched through Toronto streets to stand against anti-black racism.

The chant echoes the last words of George Floyd, whose death at the hands of Minneapolis police sparked worldwide protests against police brutality.