If your face isn't covered, you're doing it wrong. 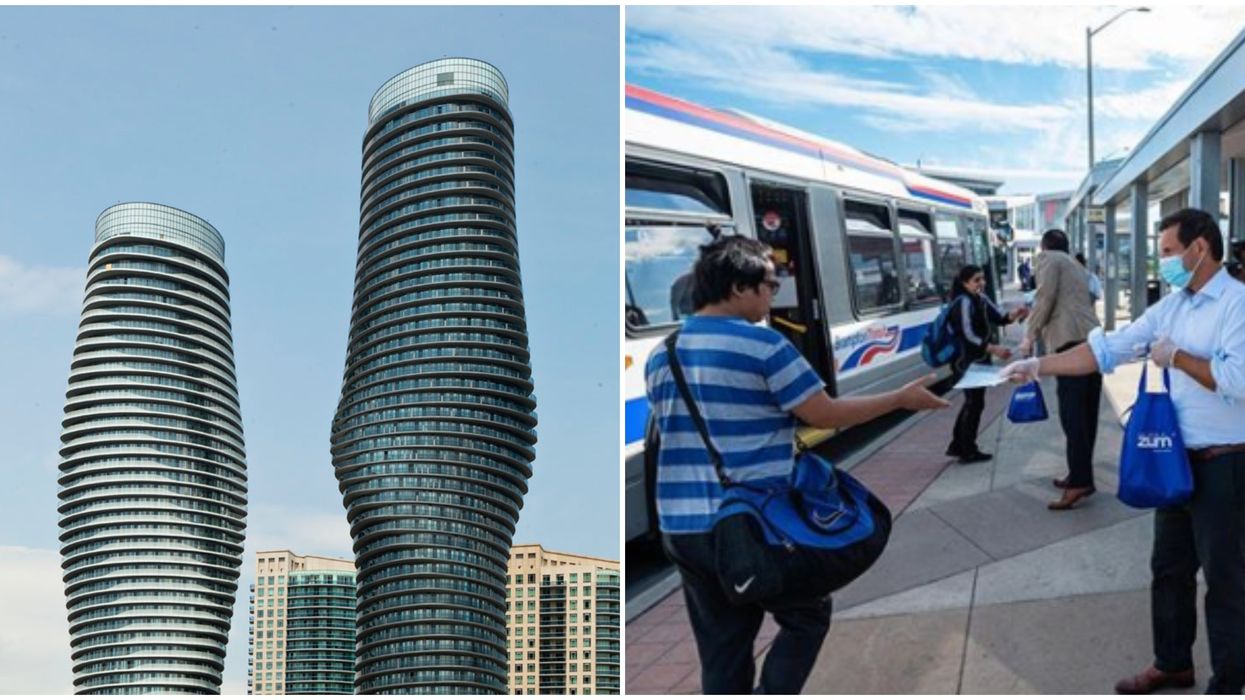 Face coverings are starting to become compulsory pretty much everywhere in Ontario. Now, it's Peel Region's turn. Masks are mandatory in Mississauga and Brampton in almost all indoor public spaces starting from this Friday, July 10.

The City of Mississauga shared a statement on July 8 stating that a bylaw will make indoor use of face masks mandatory in public spaces from this Friday, according to its website.

The statement notes that the motion, which passed in council on Wednesday, is primarily aimed at avoiding a second wave of cases in the city in the fall.

As for Brampton, Mississauga's neighbouring city had already agreed to make masks mandatory indoors starting this Friday back on July 2, per the Brampton Guardian.

On Wednesday, Mayor Patrick Brown announced the city will be sending out a million masks to households in the city, according to inbrampton.

“We’re going to be mailing these masks to every home in Brampton,” said the mayor.

He added that Brampton will facilitate this by sending three face coverings to every household in Brampton over the next few weeks.

"To continue to progress and prepare for Stage 3, we’re ready to take all the necessary precautions," stressed Brown.

Brampton had also made it mandatory to wear masks on transit, and the city's transit distributed them to riders just a few weeks ago.

Meanwhile, Peel's other municipality, the Town of Caledon, is joining Mississauga and Brampton in enforcing the indoor-mask bylaw from Friday.

As for other regions in the province, Toronto has already made masks mandatory in indoor public spaces like malls, stores, supermarkets and more, as of July 7.

That was met with some pushback in the 6ix. On the same day, a small group of protestors gathered in retaliation to the new by-law and refused to wear masks.

According to CP24, masks will also be mandatory in areas including Halton Hills starting tomorrow, July 9, in Durham Region on July 10, and in Waterloo on July 13.

Meanwhile, further out of Toronto, Simcoe-Muskoka are will also require residents to wear face masks from Monday, July 13.

By now, it should be sticking in the mind. If you need to go anywhere, be prepared to wear a mask.