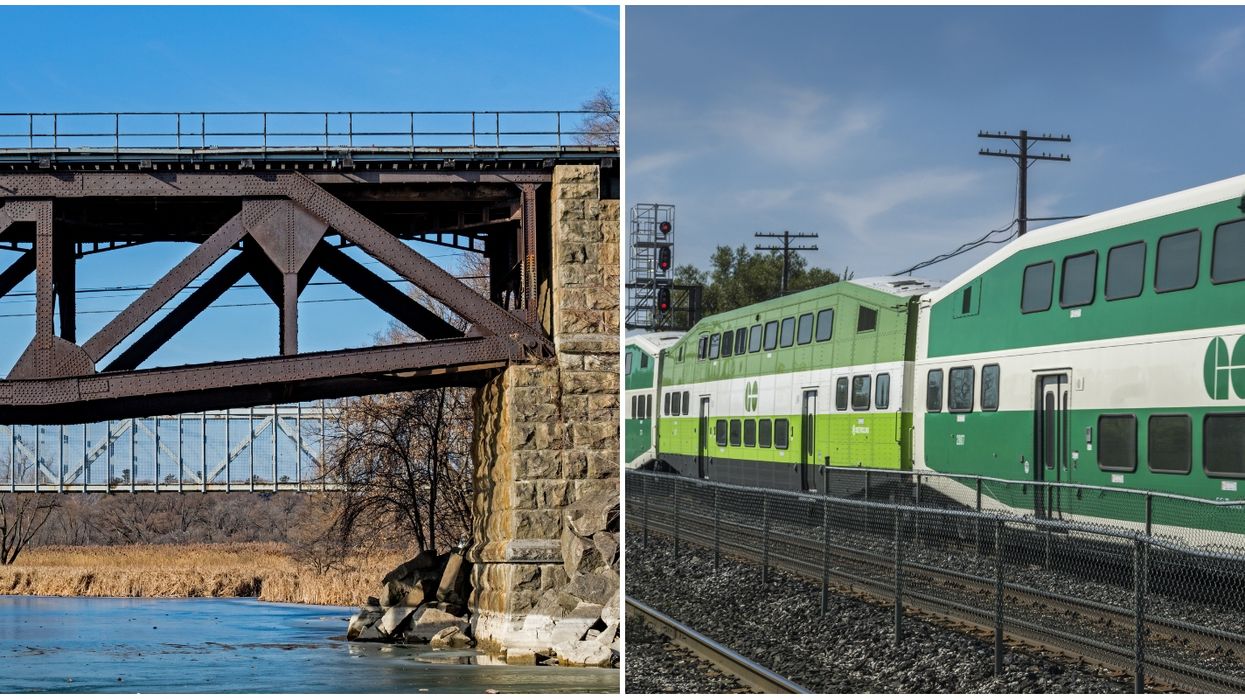 Metrolinx special constables have had to respond to over 40 incidents of people jumping from a Mississauga rail bridge this summer. They say it's the most in recent memory.

According to a September 1 news release from Metrolinx, transit authorities have been called to a specific Mississauga bridge over 40 times to deal with people jumping into the water below.

Editor's Choice: Ontario's Secret Fall Date Spots Will Give You So Many Cozy Vibes

Transit Safety St. Sgt. Sue Milos said that's more than there has ever been in any recent summer. She attributes this to the fact that people couldn't really go to as many places this year.

"We understand people are staying close to home this summer and looking for things to do, but leaping off a rail bridge is not just illegal, it’s also incredibly dangerous," she said.

Officers had to talk to over 100 people throughout all of those visits. They have also laid 15 charges in total.

There can be steep financial penalties for trespassing on the tracks, with maximum fines of $5,000.

Milos added that high-speed GO trains are often moving through the area.

"Some people think they’ve checked our GO timetables so it’s fine, but the reality is there’s a lot of train traffic that isn’t publicly posted," she said.

Police have also had to deal with other instances of people putting themselves in danger on railroad tracks.

On August 23, authorities were called to Argentia Rd. and Tenth Line in Mississauga where they found two women filming a dance video on the tracks. Both were charged with trespassing.

🛤️Rolling out the black mats for safety🛤️ Following a pilot program, we’re expanding one of our newest safety strat… https://t.co/QUISk8HOcH
— Metrolinx (@Metrolinx)1598882549.0

Metrolinx is taking steps to try and curb the number of people putting themselves in harm's way.

The spiky, rubber surfaces are apparently nearly impossible to walk over, and Metrolinx hopes this will deter anyone from trespassing.