You'll start seeing them in the city this spring! 🛒 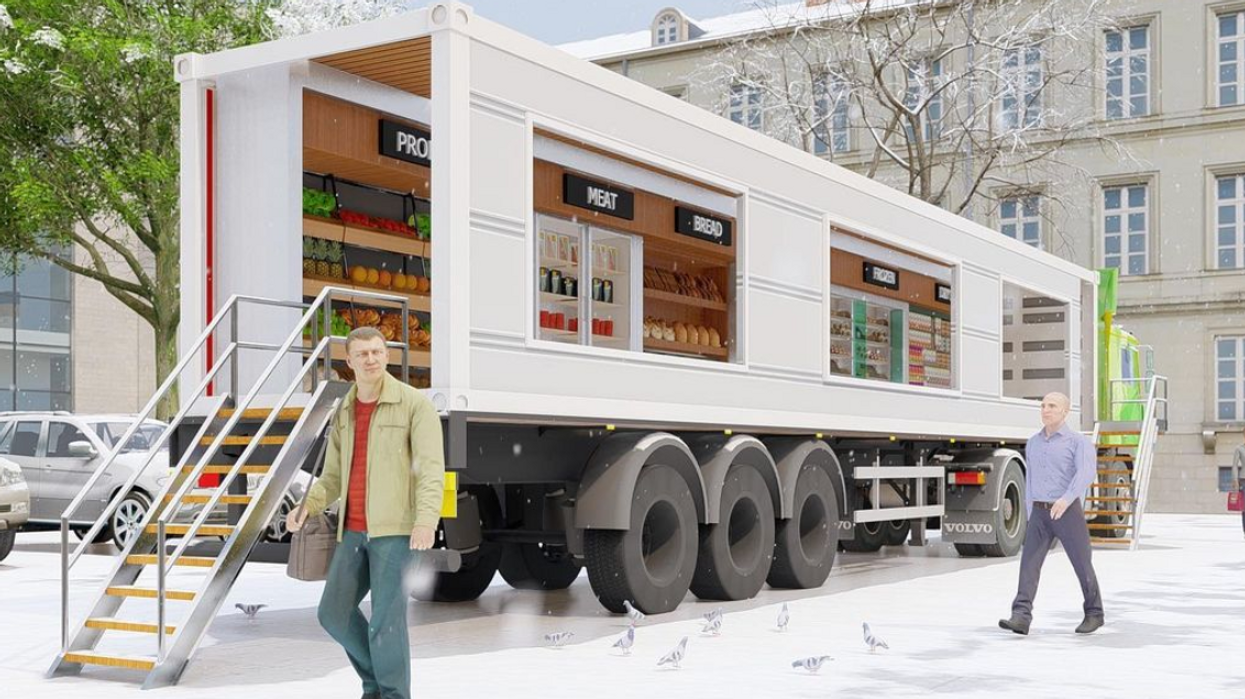 Toronto is set to be among the first cities to experience the first-ever travelling grocery store on wheels.

The initiative is being launched by a local company called Grocery Neighbour and hopes to become a new solution to food insecurity across the GTA, president Frank Sinopoli tells Narcity.

Editor's Choice: Shoppers Drug Mart's 50,000 PC Optimum Points Offer Is Back For A Limited Time Only

The vehicles have a layout that resembles a traditional grocery store, with shelves of fresh produce, meat, dairy and bread, as well as a section for unique local products.

By the time spring rolls around, two Grocery Neighbour stores will be touring Toronto and the GTA, says Sinopoli.

Sinopoli says that Grocery Neighbour will travel across Canada and U.S. to give people a chance to experience the new concept.

He says that it has already generated global interest, and is being licensed in the Dominican Republic and Santa Monica, California.

However, with Toronto being his home city, locals will get to shop at Grocery Neighbour before anyone else.

The mobile shops will likely serve neighbourhoods that are at least 15 minutes away from the nearest major grocery store, according to Retail Insider.

Sinopoli says that they're aiming to launch their first stores within 30 to 90 days, so you might be seeing these in your area in as little as a month from now.