Demonstrators were calling for a cut to Toronto police's budget. 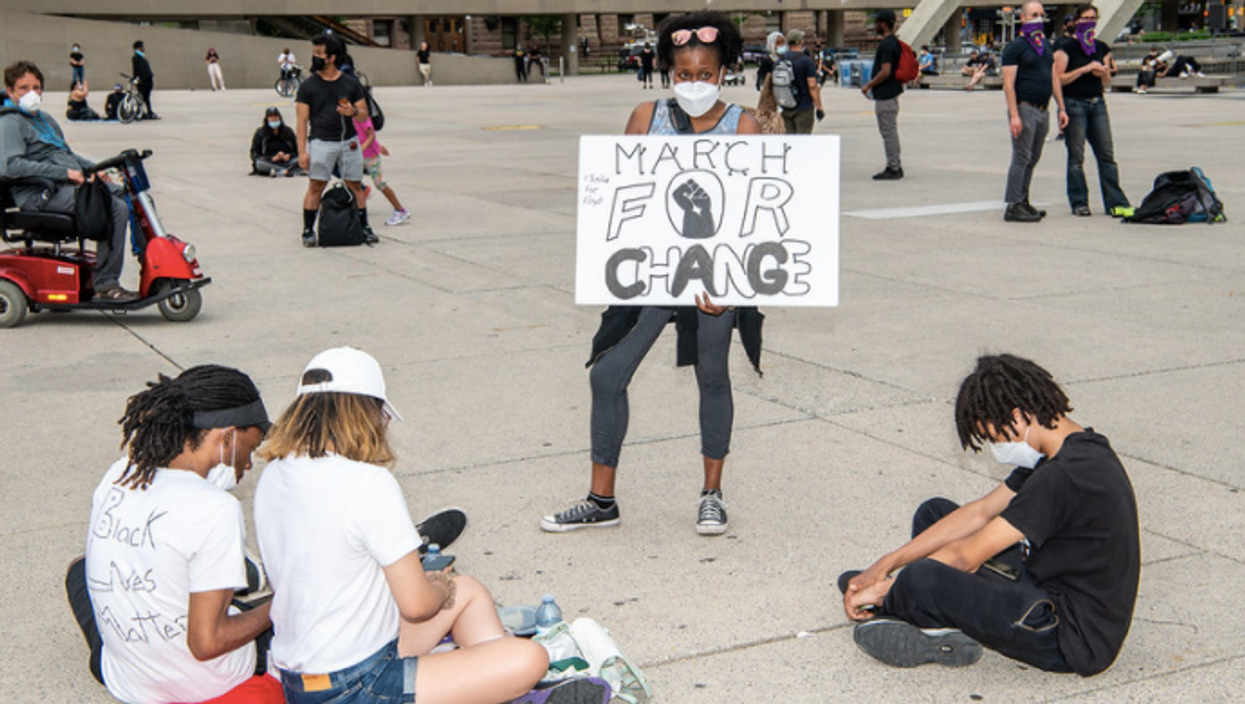 Over a thousand Torontonians gathered in Nathan Phillips Square on June 28 for a rally and teach-in focused on abolishing the police. The event, which took place on Global Pride Day, was hosted by No Pride In Policing Coalition (NPPC), who occupied the square on Sunday to call for a 50% cut to Toronto Police’s budget.

Crowds of people could be seen standing in Nathan Phillips Square throughout Sunday.

Chants of “Here for Danfonte!” erupted during the gathering in tribute to the black teenager who was viciously beaten by an off-duty Toronto police back in 2016.

Constable Michael Theriault was convicted of assaulting Dafonte Miller on June 26. However, the officer was acquitted of aggravated assault, which caused backlash amongst anti-racism activists.

The protesters were sharing the square with Afro-Indigenous Rising (AIR), who are currently protesting against police brutality.

The massive protest follows a recent effort by Mayor John Tory to create a non-police task force to respond to mental health calls without violence.

Tory made the announcement during a press conference last week in which he declared that the City was calling for changes to the policing system.

CBC reported that Mayor Tory’s idea for a non-police task force was rejected during the rally, with organizers labelling it “insufficient” and “temporary.”

Protesters instead called for an overhaul of the country’s policing system while claiming that all other reforms have previously failed.

“Right now, Black, Indigenous, racialized people, queers and trans, and Black, queer and trans people, in particular, are not safe. We have not been safe. We have tried commissions. We have tried all kinds of reforms. Our money has been thrown at us. None of that has resolved the situation,” Beverly Bain, an NPPC spokesperson, told CBC.

Large scale protests against anti-black racism have been sweeping across Toronto.

The first protest saw crowds of activists gather on College Street to paint the message “Defund the Police” outside Toronto Police Service Headquarters.

The second was a sprawling Abolish the Police sit-in that stretched from College to Bay Street.

*Photo used for illustrative purposes only.