The premier is making an announcement today amid reports that it will be extended until June. 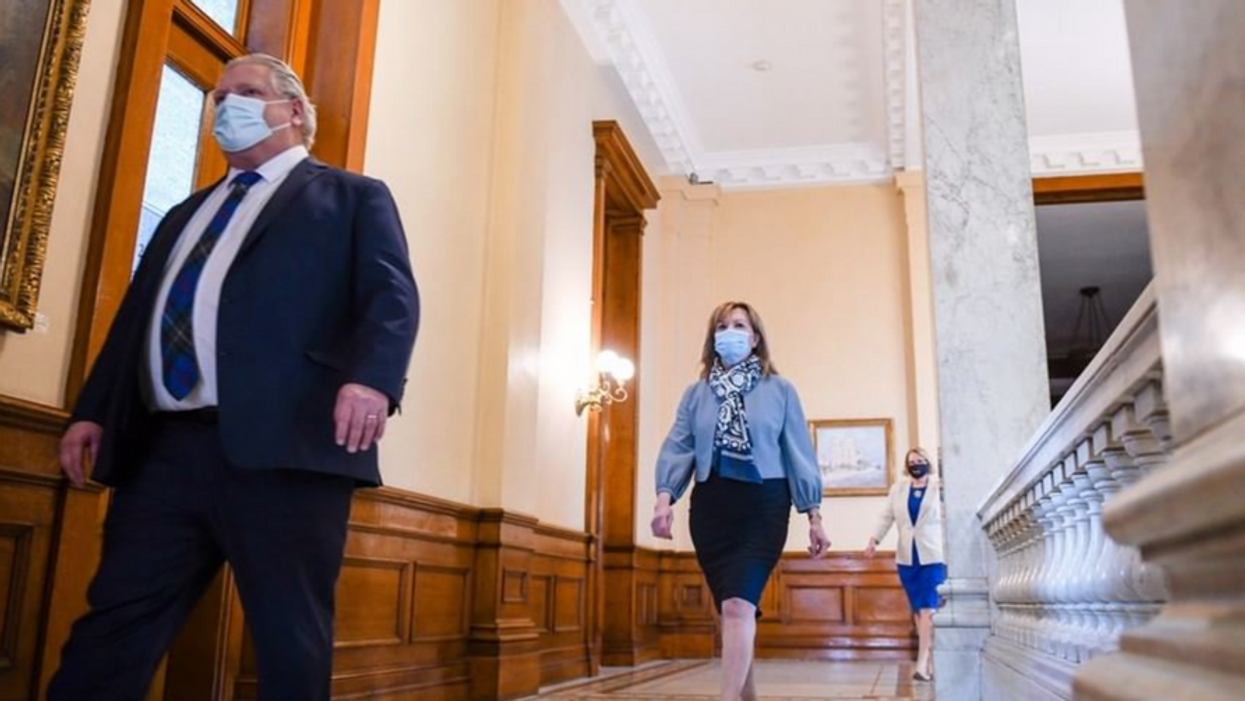 This comes amid reports that Ontario's stay-at-home order may be extended until at least June 2 — the measures currently in place are set to expire on May 20.

Earlier this week, mayors around the Greater Toronto and Hamilton Area reached out to the province asking for "predictability" about whether or not the stay-at-home order will be extended, so residents and businesses know what's to come in the weeks ahead.

The Ontario Medical Association has also weighed in, stating that the province is not yet ready to lift the current measures.

"We all want the third wave to be the last wave," said OMA President Dr. Samantha Hill in a statement. "No one wants to start lifting restrictions too soon, only to find the virus spreading again and we have to go back into lockdown."

However, Toronto's Board of Health hopes that the province will consider reopening outdoor recreational amenities to encourage safe physical activity.

Ontario's measures are creating a "dramatic shift" in emergency rooms

An emergency room doctor based in the GTA recently spoke out about the positive changes he's noticed in recent weeks.

Dr. Kashif Pirzada told Narcity last Friday that "two to three weeks ago, it was almost like jumping into a war zone" with the number of patients seriously ill with COVID-19.

"There was such a dramatic shift in the last two to three weeks. I think that's the sign of the measures working. We're still seeing people here and there, but it's starting to slow quite a bit," he said.

While there's reason to celebrate, Dr. Pirzada said "we shouldn't relax" just yet. "ICUs are still filled to the gills. There's no margin for error."