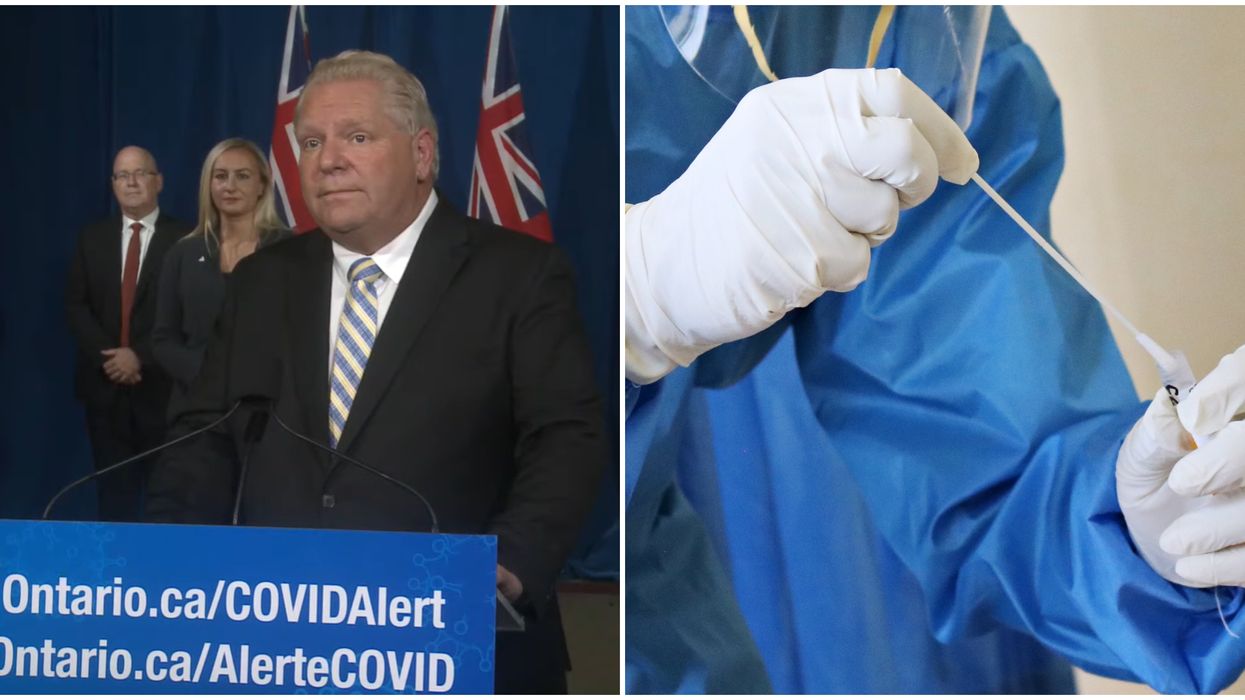 Yikes! Ontario's daily COVID-19 cases just set a new record and almost all of them were reported in the GTA.

Minister of Health Christine Elliot tweeted the new numbers on October 24 and the daily count was almost at 1,000.

Editor's Choice: 8 Stores Canadians Had To Say Goodbye To Forever In 2020

Before this, the previous highest daily case count was 939 reported on October 9.

Elliot also said in her tweet that almost 44,200 tests were completed and another 625 cases are considered resolved.

Appointments are booking up fast.

The Windsor Regional Hospital in Ontario opened an additional COVID-19 assessment centre for children on August 31.

The one province makes up nearly half of all active cases in Canada.
Bsenic | Dreamstime

The reality of Ontario's third wave is well-known within the province, but the situation really stands out against the rest of Canada.

As of Saturday, April 17, Ontario had more than double the number of cases than anywhere else in the country, with officials recording 40,694 active cases of COVID-19.

In response to the “rapidly rising” number of cases of COVID-19 in Ontario, Justin Trudeau reached out to provincial leaders from across the country.

In a tweet on Saturday, April 17, the PM revealed he’d spoken with three Atlantic premiers about how they could help Ontarians “get through this third wave.”

If it's not extended, the province could see 15,000 cases daily.
Anjelagr | Dreamstime

On Friday, Ontario's updated COVID-19 modelling data was presented, painting a severe picture within the province.

According to data provided by Dr. Adalsteinn Brown, co-chair of Ontario's COVID-19 science advisory table, in order to avoid cases surging above at least 15,000 daily, Ontario's stay-at-home order needs to be extended to six weeks rather than the current four.