"Just in case some of you need a quick reminder." 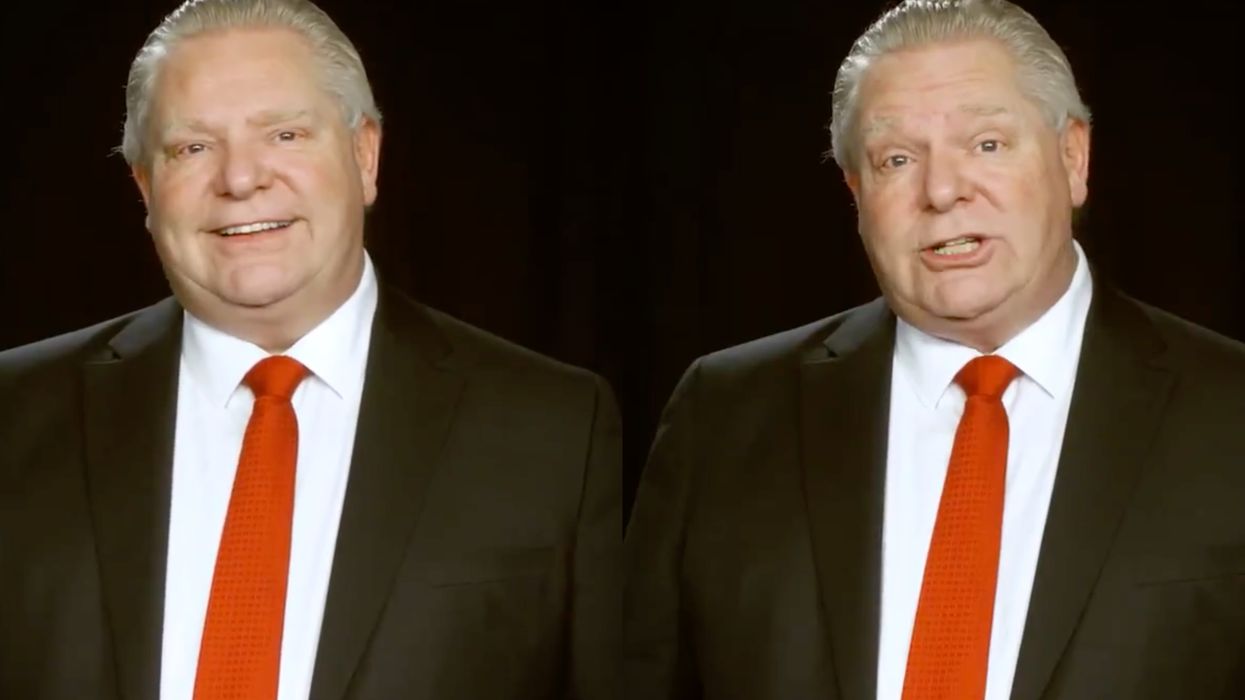 Ford just released part two of his multilingual campaign to get everyone on board with Ontario's stay-at-home order.

In the video, the premier attempts to speak another 17 languages, "just in case some of you need a quick reminder."

Ford starts out by demonstrating "stay home" in sign language. He then attempts to convey the same message in Gujarati, Dutch, Bengali, Mohawk, Serbian, Hebrew, Patois, and several others.

The premier released his first video last week, in which he says "stay home" in 21 different languages.

The video quickly became a target of parodies by local comedians, including YouTuber Brittlestar who shared his own hilarious take on the clip.

Health officials said on Thursday that while our measures to combat transmission seem to be bringing case numbers down, the new variants pose a significant threat.

It seems that Ford will stop at nothing to ensure that all Ontarians hear his message loud and clear.