They were at least 3 km from shore and quickly floating away. 😱 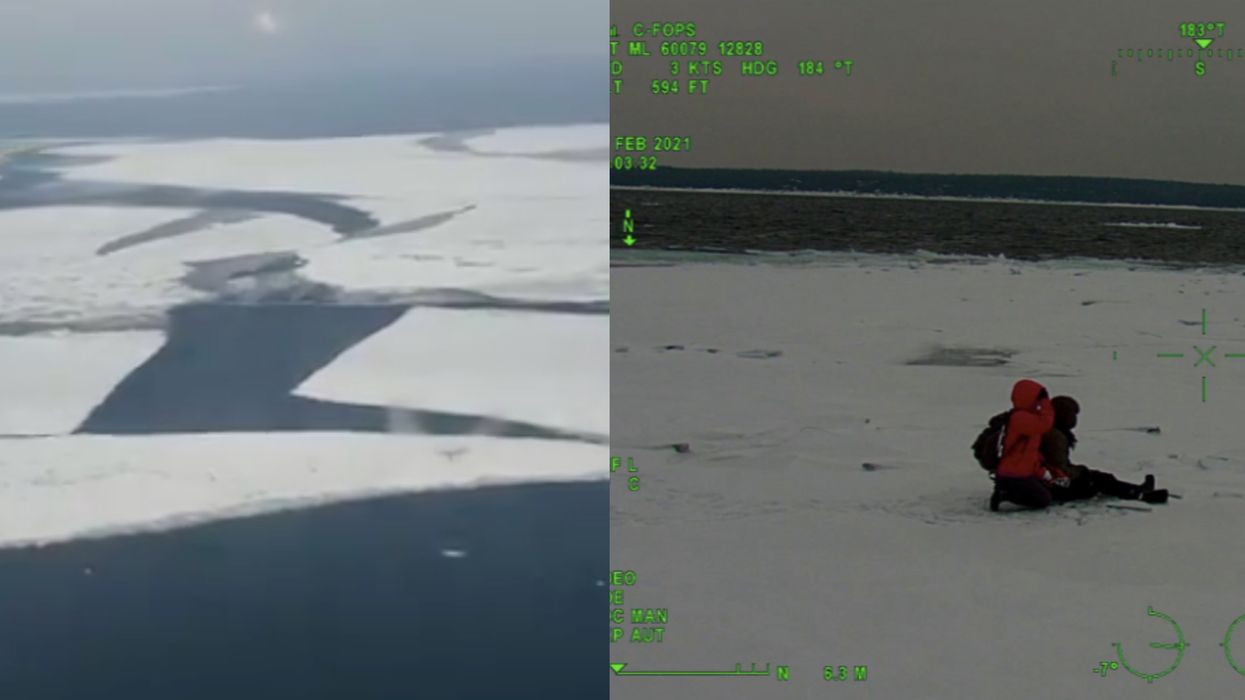 A rescue mission successfully brought two stranded hikers in Ontario back to safety on Sunday afternoon.

The hikers had floated three kilometres from shore on Georgian Bay near Tobermory after the large ice chunk they were on became dislodged, said OPP West Region.

Editor's Choice: You Could Have Thousands Of Dollars In Unpaid Cheques From The CRA

Two hikers near Tobermory had to be rescued from an ice floe, which sheared away from shore yesterday. OPP West Re… https://t.co/MwWutXUZna
— OPP West Region (@OPP West Region)1614027856.0

In a video shared by OPP, a person can be heard making a 911 call to report the hikers.

"We're just here at the grotto and there are some people out on the ice. I guess they walked out there and now there's a huge separation of water between them and the mainland," the caller said.

"They better hurry. This is getting wider and wider as we speak."

The pair were rescued in a joint effort by members of the Royal Canadian Air Force and the Joint Rescue Coordination Centre in Trenton, as well as OPP.

The OPP is reporting no injuries from the incident.

Tobermory is one of Ontario's most popular hiking destinations, especially the grotto at Bruce Peninsula National Park.

Officials have taken this opportunity to remind the public about the dangers of venturing out on ice especially during periods of milder weather.

The Royal Canadian Airforce says to "bring [a] whistle, radio (or cellphone), and wear [a] life jacket when on lake ice."

In Toronto, residents have been skating and playing on the city's frozen waters against municipal advice.

Two people at High Park's Grenadier Pond had to be rescued last month after the ice they were skating on began to break, causing one man to become submerged.