The 6ix is getting more serious. 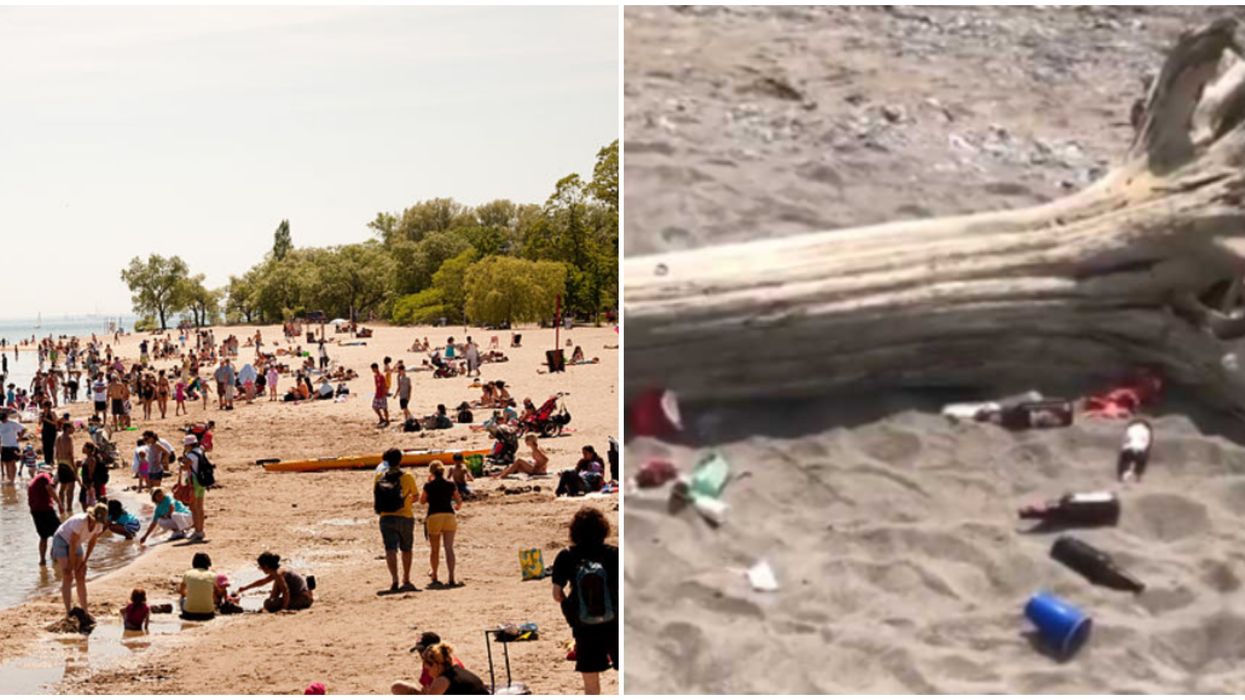 It looks like people are finding ways to enjoy their summer despite guidelines in place. A little too much, according to the City. Residents are apparently still throwing nighttime Toronto beach parties and the city is cracking down even harder.

Despite calls from staff and even Mayor John Tory to stop crowding Toronto beaches on hot days, it seems plenty of people have resorted to hanging out at night.

So much, in fact, that the City's had to address the problem again.

According to a release by the City of Toronto, there have been a lot of people partying it up on the beach, not social distancing, and some even setting up DJ equipment, drinking, and throwing garbage everywhere.

In response, the city has decided to place parking restrictions at Toronto beaches starting at 7 p.m. on Friday, Saturday, and Sunday evenings, restricting weekend evening access.

"Bylaw officers and Toronto police will have a highly visible presence at beaches and parking lots, together with Toronto Fire, to ensure that crowds and bonfires and other prohibited activities, such as fireworks, do not occur or are dealt with quickly should they occur," reads the statement.

Toronto bylaw officers had previously started cracking down on daytime beach parties and even issuing tickets to party-goers not following the rules.

Parking restrictions for Marie Curtis Park, Humber Bay West Park and Cherry Beach start on Friday, according to the release.

Several other parks and beaches by the waterfront have parking restrictions during the weekends for ActiveTO road closures down by Lake Shore.

Bluffers Park will also have parking restrictions starting at 7 p.m. on Saturday and Sunday only.

To ensure rules are being followed, Toronto Police will be waiting at all parking lot entrances to apply the new bylaw.

It's not just the 6ix that's been struggling with this, as other popular beaches outside the city have been hit too.

Wasaga Beach had to close off part of its beach due to massive crowds on Canada Day starting July 9 and even limiting the capacity of the parking lot.

Meanwhile, Grand Bend Beach also had its mayor warn beachgoers that if crowds aren't kept at a minimum, a possible shutdown could be in the works.

*The cover image on the left was used for illustrative purposes only.