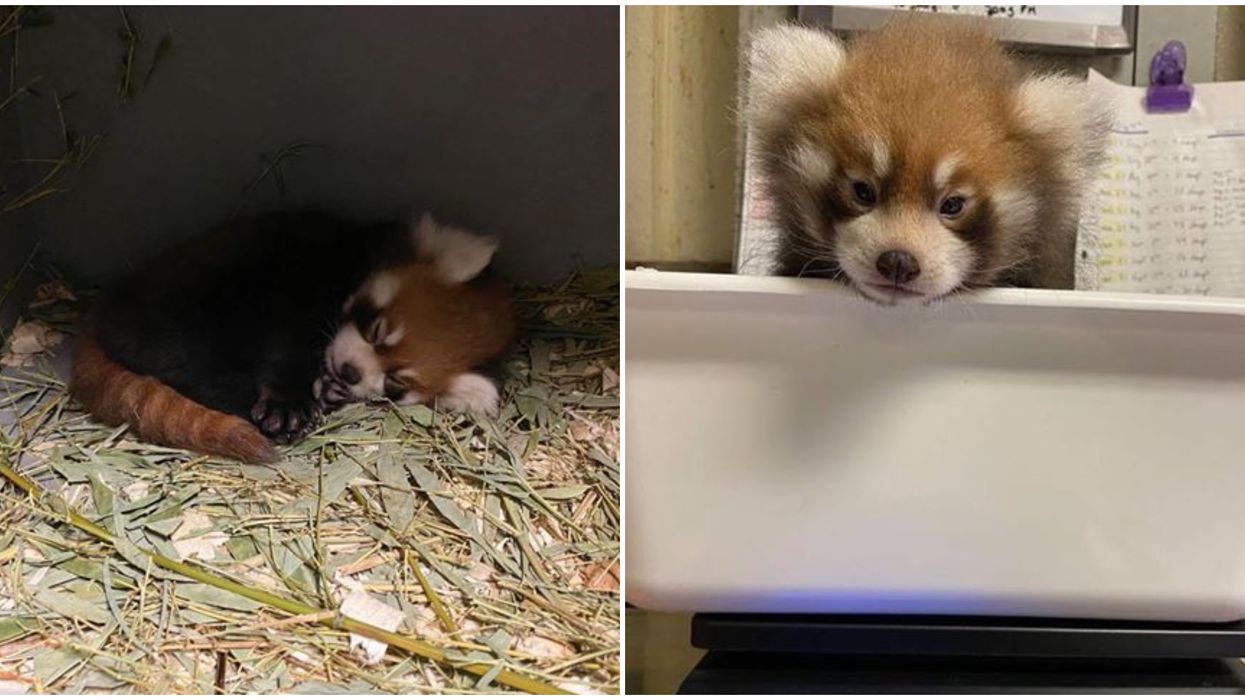 This cutie needs a name! Two months after her birth, the Toronto Zoo's red panda baby is ready to be named and you can help choose the perfect one. There are four options for you to pick from and they're all beautiful.

Now that this adorable little one is growing steadily, it's time for her to be called something other than Baby Red.

While that's cute, it's more of a nickname than an actual name.

Editor's Choice: 7 Scenic Routes Across Canada Where You Can See Breathtaking Fall Colours From Your Car

So, the Toronto Zoo has offered up four choices and they are Ada, Adira, Apple or Kenna.

You can vote online for your favourite name until September 29 at 11:59 p.m. and help figure out what this cute furry creature will be called.

Each one has a special meaning so no matter which one is chosen, she'll be called something exceptional.

Adira means strong which could be a reference to her surviving when her sibling died just one week after being born.

Her species is endangered so the name is also reflective of that.

Then there's Apple which is mom Ila's favourite treat to munch on.

Any of these names will suit Baby Red but if you have a favourite of the four options, be sure to make your choice before the deadline.

The name that gets the most votes will be announced on October 2.

The zoo has been posting updates about the tiny red panda since she was born and we can't get enough!

When she turned 30 days old in August, the milestone was celebrated especially after what happened to her sibling.

Baby Red is just like us and struggles to get up in the morning.

However, she's probably way more adorable when that happens than the rest of.