Because York's cases are going in the wrong direction. 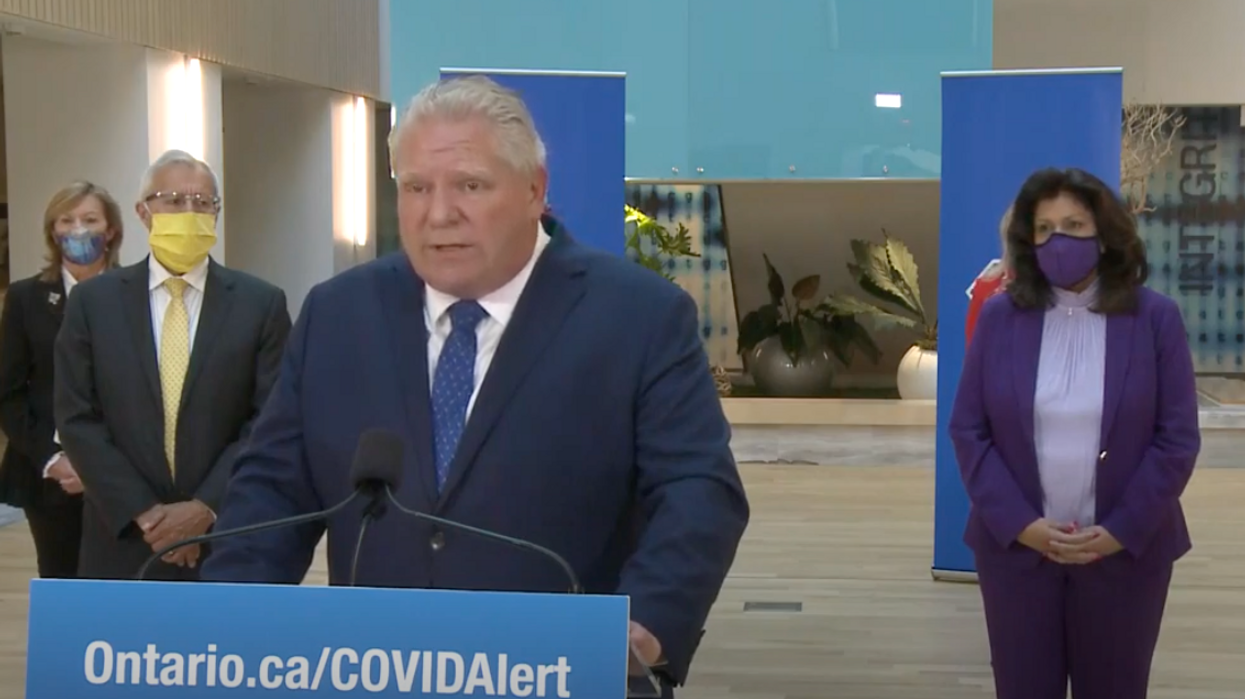 As of 12:01 a.m. on Monday morning, York Region will join Toronto, Peel, and Ottawa in a modified stage 2.

The premier made the announcement on Friday, after saying yesterday that the region was "teetering."

York will see indoor dining closed in bars and restaurants, as well as gyms, theatres, and other establishments.

Editor's Choice: Ontario Is Getting Its First Big Snow Storm Of The Season This Weekend

This is about preventing something potentially much worse. We need to act now.

Indoor fitness classes, yoga classes, and any personal service where masks require removal will also be mandated to cease operations.

"We know that we are asking very real sacrifices of Ontarians," said Health Minister Christine Elliot.

Doug Ford expressed his regret while announcing the closures. “I hate to do this,” he admitted.

However, the premier said he will “always listen to the health officials,” who have been advocating for closures for weeks.

The province announced 712 new COVID-19 infections on Friday, 62 of them coming from York Region.