The website lists them all and Kenney is furious. 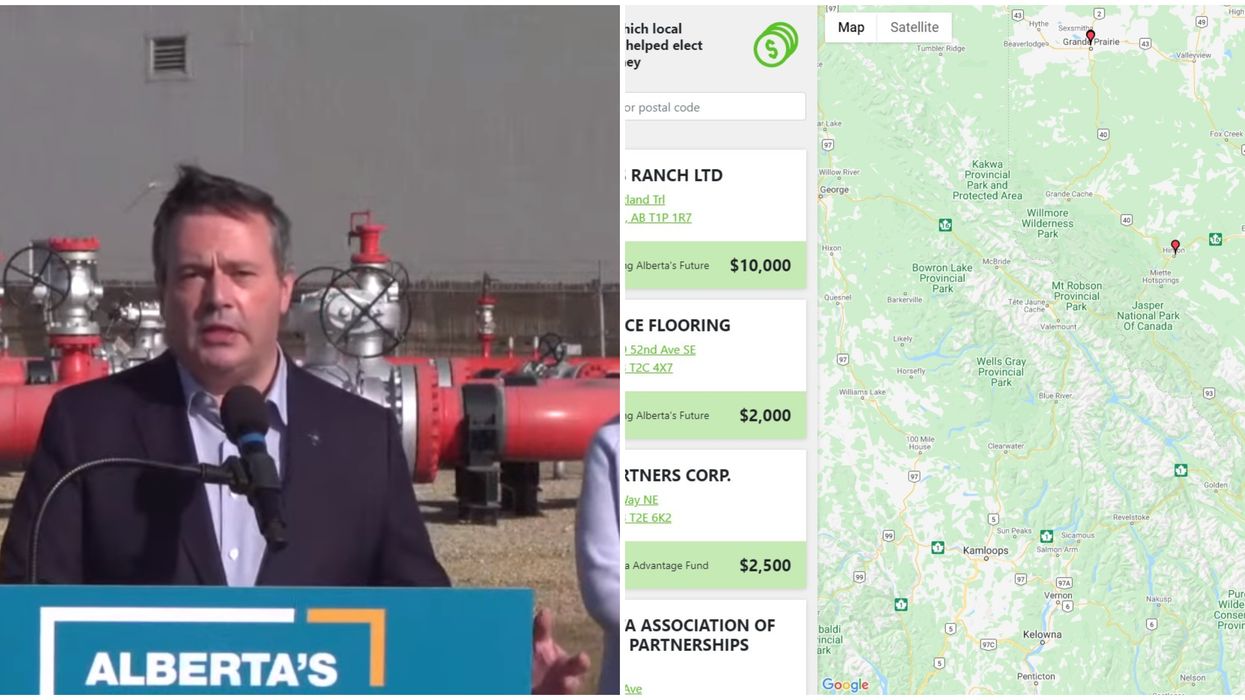 A new website in Alberta is gaining a lot of attention. It allegedly lists all the businesses in the province that have given money to the United Conservative Party. This UCP donor website has even caught the attention of party leader Jason Kenney.

The website was launched on Monday, October 5. It's called "boycottucpdonors.ca."

As soon as you go to the homepage, there's a sign that reads, "Find out which businesses in your area helped elect Jason Kenney and the UCP."

The website lists all the businesses by name, has their addresses right below, and even displays the amount of money that each business gave to the UCP.

There's a map that shows the businesses scattered across the province. The businesses can be searched by using the address and postal code as well.

A quick glance through the list shows that most businesses have donated between $500 and $2000 but there are some businesses that have apparently donated as much as $75,000 to the UCP.

Who is behind "Boycott UCP Donors?"

The website was created by the Alberta Federation of Labour (AFL). According to the AFL, they're a "voluntary association of unions and employee organizations that have banded together to achieve common goals."

They also say that they're focused on fighting for issues that matter to "working people."

Oftentimes, these issues fall under the "workplace" but the AFL reportedly also fights for a range of social issues such as human rights, universal education, health care, and more.

In their announcement of the website, AFL president Gil McGowan said, "Why should a nurse, a teacher or a firefighter buy a car from an auto dealer who wants them to be fired or have their wages cut?"

What is the purpose of "Boycott UCP Donors?"

The website reads that a "growing number of people" are frustrated with Kenney since the election.

These businesses have apparently given millions of dollars to pro-UCP committees to support Kenney's "agenda."

"In short, these are the people who are bankrolling Kenney’s attempt to make Alberta look like Donald Trump’s America," the website reads.

Conversely, they don't want to support or buy from shops that don't align with their values, said McGowan.

"Send them a message with your wallet by boycotting their services," says the site.

What is Jason Kenney's response?

Jason Kenney said in a press conference on Tuesday, October, that AFL is "part of the NDP."

"I think this is deeply disturbing," said Jason Kenney. "That in the middle of a huge recession, we have the NDP and its special-interest friends attacking Alberta job-creators at their most challenging time in a century."

He said that these listed businesses are "struggling to keep the doors open" and to keep paying people to "put food on the table."

He acknowledged that businesses and unions have "every right to express their views about the best policies for our society."

The Premier defended the businesses that chose "free enterprise." On top of that, he called the website a "smear campaign, a bully campaign."