She said the two countries would "crush" the COVID-19 pandemic. 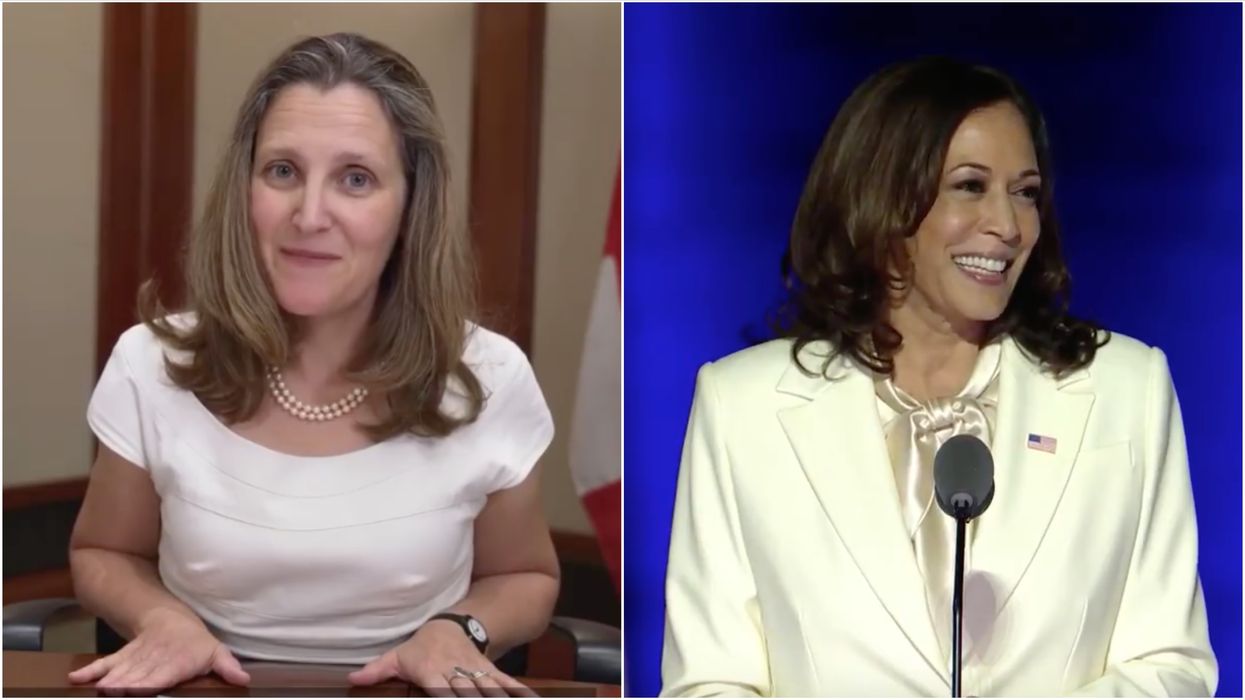 In a series of tweets, Deputy PM Chrystia Freeland promised to work "shoulder to shoulder" with the new leaders, especially as both countries tackle the ongoing COVID-19 pandemic.

She also added "a very personal congratulations" to the new vice president, whose victory Freeland described as “an inspiration to women & girls and to people of colour across our continent.”

Editor's Choice: Jim Carrey Played Joe Biden In A New SNL Sketch & He Had A Message For Trump (VIDEO)

And a very personal congratulations to @KamalaHarris! Your victory is an inspiration to women & girls and to people… https://t.co/3Vr4WHBm5o
— Chrystia Freeland (@Chrystia Freeland)1604778060.0

Tagging Harris in her message, Freeland said she looked forward to working alongside her, particularly to “crush this global pandemic & to crack more glass ceilings along the way.”

Speaking on November 7, Harris said, “While I may be the first woman in this office, I will not be the last.”

Harris will be the first female vice president, as well as the first woman of colour in the role.