She called her pal. 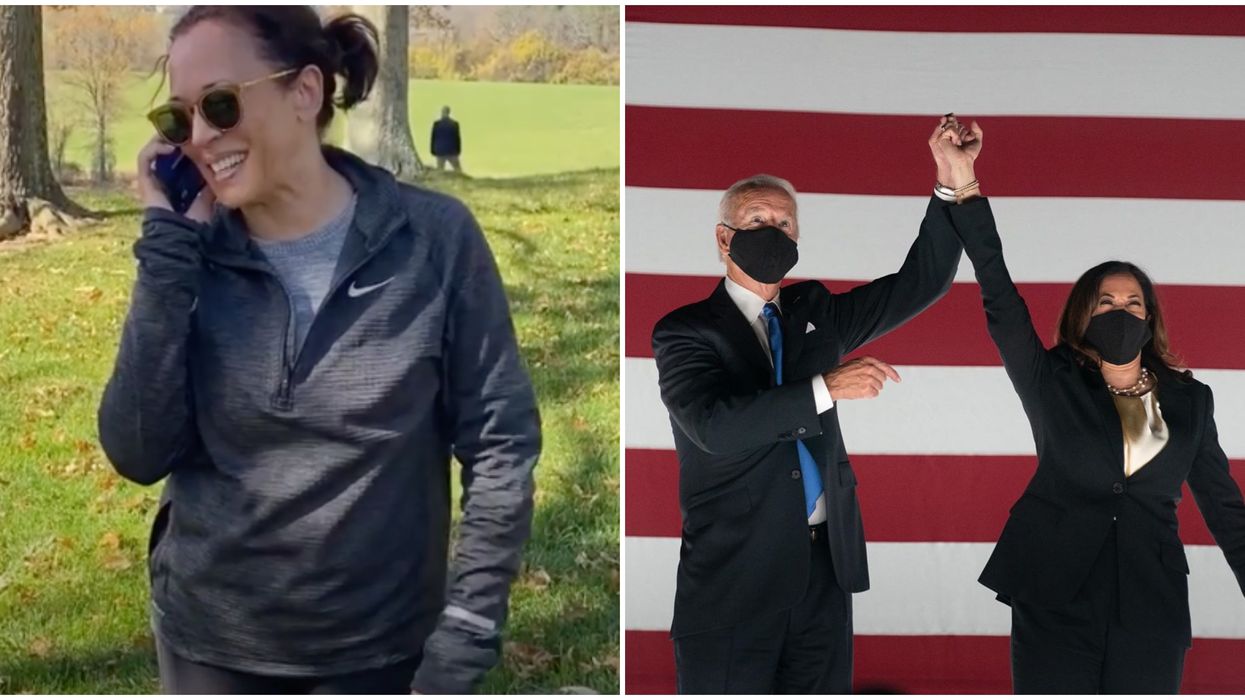 What is there left to do after winning the U.S. election? For Kamala Harris it's calling Joe Biden and joyfully laughing.

That's exactly what the U.S. vice president-elect did after hearing the news.

In a video posted on social media, Harris is seen on the phone with Joe Biden in a very touching moment.

"You're going to be the next president of the United States," she added.

Harris later let out a burst of warm laughter.

What else can you expect after making history? She is not only the first female U.S. vice president, but she is also the first Black and South Asian person to be elected into the role.