The B.C. government only allows a max of 50 people at outdoor events. 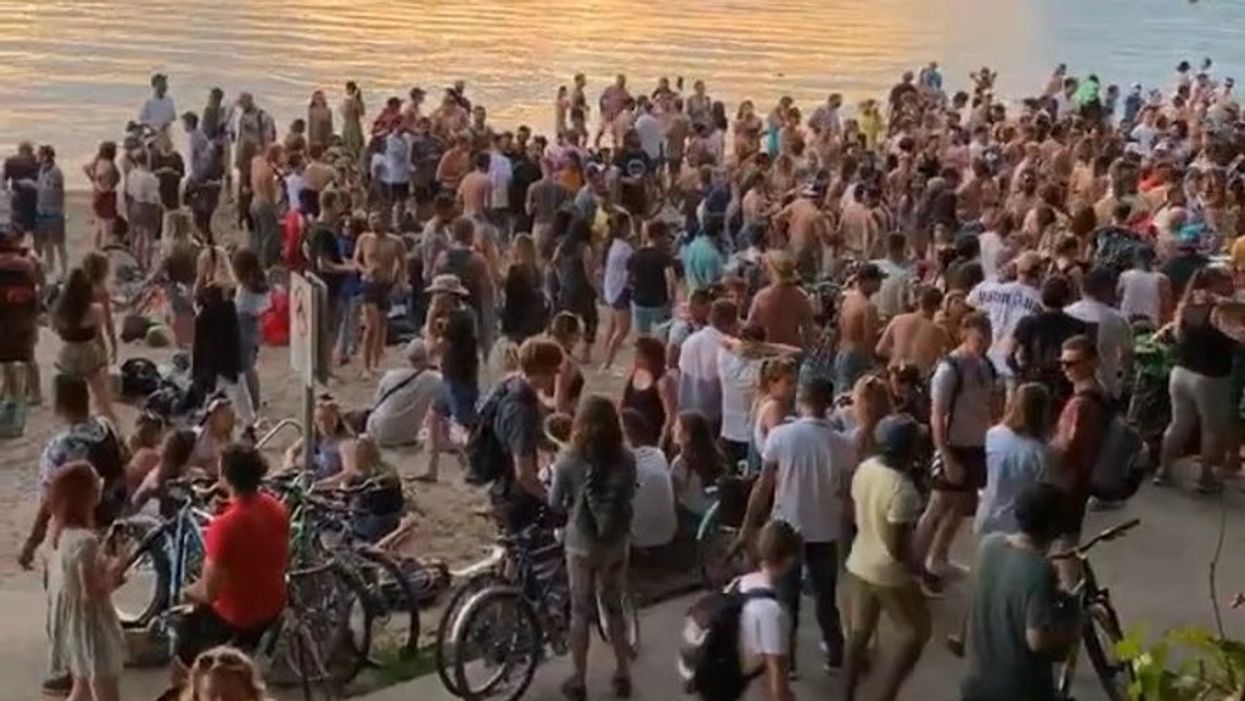 Vancouver's beaches have been popping off lately. On Tuesday, July 21, a massive crowd gathered at a drum circle at Vancouver's Third Beach. From the photos posted of the drum circle, the crowds look pretty big.

Ryan Schaap was hanging out at the beach on Tuesday night but stayed "away from the drum circle," he told Narcity.

He noted that the majority of the people at Third Beach were following social distancing guidelines.

In fact, Schapp believes that people at "all beaches in Vancouver" are generally respectful and continue to follow the distancing rules.

He said that he found the drum circle's antics to be "reckless," which is why he said he decided to share a photo online.

According to CTV News, The Brahm’s Tams drum circle takes place on a weekly basis every summer in Vancouver's Third Beach.

The event organizers had announced in March that they were holding off on hosting the event until "authorities say large gatherings are again permitted and are not a health risk."

British Columbia's gathering limit is set at a 50-person maximum for outdoor events.

COVID-19 cases in B.C. are on the climb again recently as the province a significant spike over this past weekend.

CTV News reported that there was no announcement by Brahm's Tams that they were starting up the drum circles for the season.

Schapp shared what he saw at Tuesday's gathering. "I couldn’t see anyone wearing masks in person or in the video. There were no bylaw officers or park employees or police in the area. Just two or three lifeguards."

Schapp said that the same sort of situation took place the previous Tuesday night as well.

On July 14, Brahm's Tams made a post on the public Facebook group saying, "no one - no one on this planet, knows what they are talking about with the Coronavirus. All those that claim to know are fools and you should be weary when they speak."

Tania Visintin of Vancouver Police Department told Narcity that they're aware of the drum circle that occurs every week during the summer months.

"Officers will routinely be a presence on the beach to assist with any issues that may arise in the crowd," he said.

He also said, "As of now, Vancouver Police have not been issuing tickets for non-compliance with social distancing/isolating/quarantining."

But the police officer acknowledged that a "crowd of this size isn’t recommended" by the Public Health Officer due to COVID-19 and the related physical distancing measures.