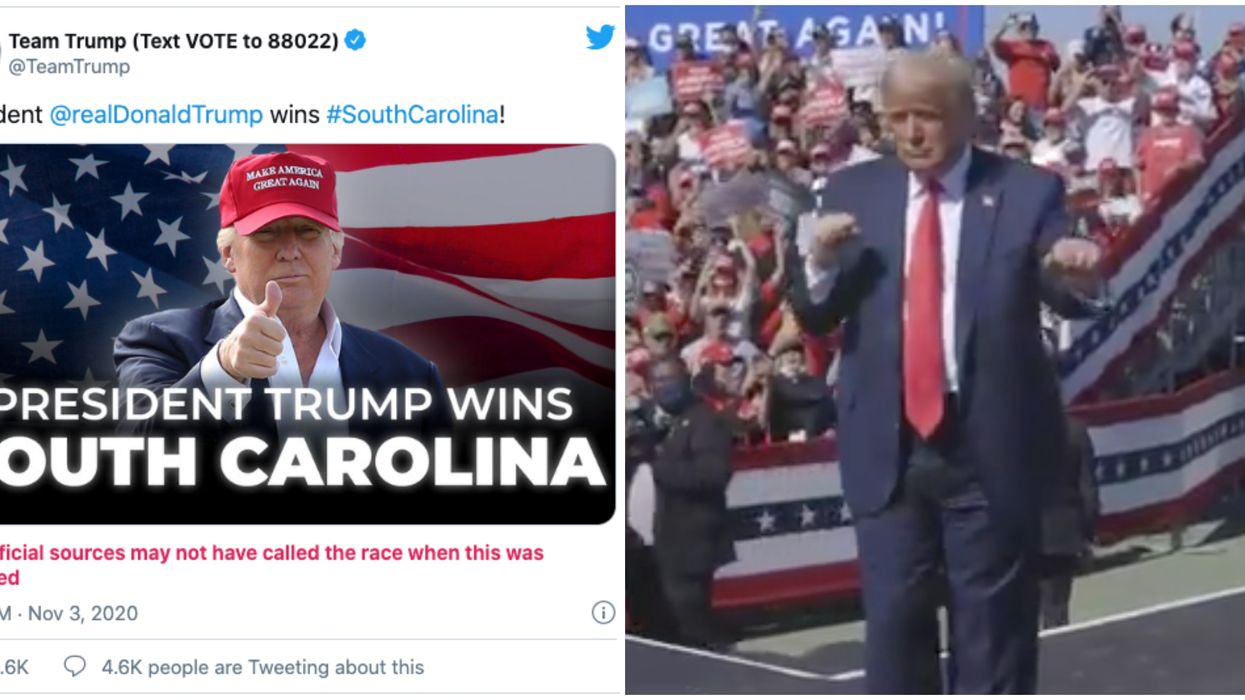 If you're in Canada and trying to watch the U.S. election, you may be struggling to decide how and where to do so.

A common theme surrounding big events like this is to protect yourself from misinformation. As such, Twitter and Facebook began adding warning labels to some of U.S. President Trump's posts on Tuesday, November 3.

Trump was posting in the wee hours of the morning, claiming to have won the election. Below such posts, the social media platforms added disclaimers stating "Votes are being counted. The winner of the 2020 US Presidential Election has not been projected," for example.

Editor's Choice: The Canadian Border Has 'No Special Measures' Prepped For The US Election Aftermath

We placed a warning on a Tweet from @realDonaldTrumpfor making a potentially misleading claim about an election. Twitter Safety

Twitter posted about the decision to add warnings to some of the politician's tweets. They said the move is in line with their civic integrity policy.

One of Trump's posts said "We are up BIG, but they are trying to STEAL the Election. We Will never let them do it. Votes cannot be cast after the Polls are closed!"

In the midst of a lack of clarity and a whole lot of waiting, it's difficult to understand what the actual state of affairs is like at present.

As of now, it's still a waiting game.