The actions are being called "reprehensible." 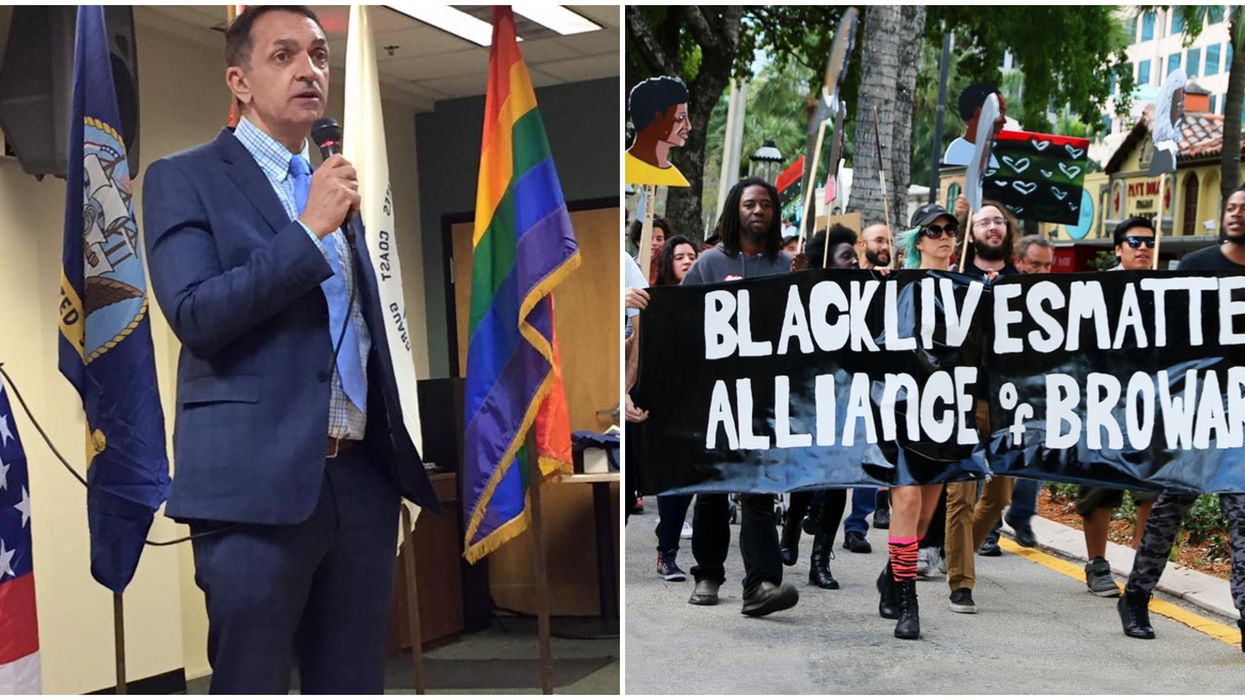 A Florida mayor is speaking out on how his city's police officers used force during weekend protests in Fort Lauderdale. Mayor Dean Trantalis issued a statement describing two incidents that he called "disturbing" and "reprehensible" from demonstrations throughout the city. He went on to apologize for the events that unfolded between activists and police.

"The city and its police force faced a difficult challenge Sunday, yet I'm truly sorry about what transpired regarding these two individuals," Trantalis said in the statement released on Thursday.

The mayor was referring to two particular moments that have incurred widespread criticism of the Fort Lauderdale Police Department during the recent protests sparked by the death of George Floyd.

He noted that he is "committed [to] bringing people together to discuss what we do next as a community" and will "ensure police training and procedures match our expectations as a diverse, modern city."

The mayor explained that he was "no stranger to activist movements," and that "Fort Lauderdale is a peaceful community. And when people wish to assemble in peace, they should not fear our police or anyone else."

One of these events on Sunday was caught on video. A tweet shows Officer Steven Pohorence shoving a protester, who was on her knees with her hands up, to the ground.

Fellow officer Krystal Smith can be seen pushing Pohorence from the scene. He has since been dismissed from his duties.

Trantalis called the interaction "extremely offensive" and commended Smith, and said officers like her "help prevent tragedies like what happened in Minneapolis."

Video of the Fort Lauderdale police shoving a Black woman on her knees and with her hands up. This is what started… https://t.co/ii52IYYFCa
— Benjamin Dixon (@Benjamin Dixon)1590980932.0

The second incident was more disturbing. LaToya Ratlieff of Delray Beach was attending the protests when she was struck in the head by a rubber bullet. Mayor Trantalis called it "reprehensible" and has asked the city's police chief, Rick Maglione, to investigate that incident.

"I reached out to Ms. Ratlieff today and personally apologized," Trantalis said. "I also offered the city's assistance in ensuring she receives the necessary medical help."

Protests in South Florida have continued throughout the week.  The curfew that was in effect in Broward has since been lifted.