The starting bid was just 99 cents. 🤯 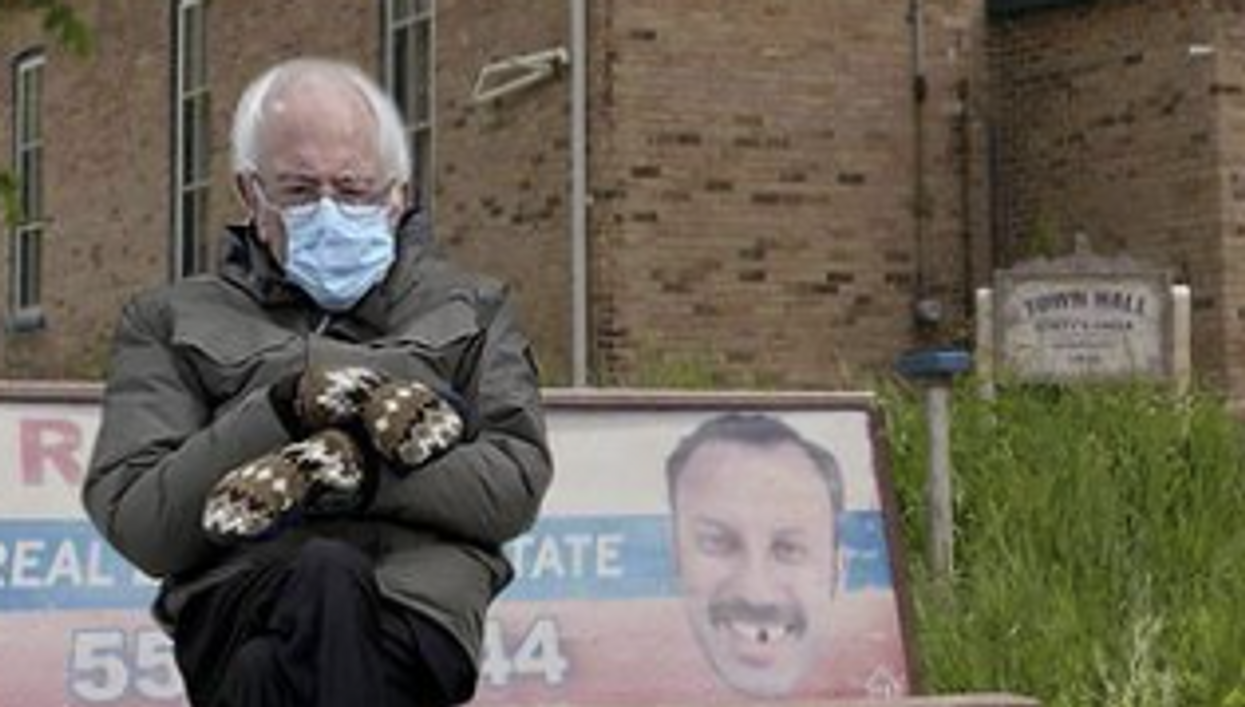 The viral picture of Senator Bernie Sanders sitting with his arms crossed at Joe Biden's inauguration continues to circulate around the internet, and now it's even doing some good.

One crafty fan of the meme, Tobey King, put her skills to work, crafting a crocheted doll of Sanders complete with his famed mittens and decided to put it up for auction on eBay to raise money for a good cause.

King promised 100% of the profits will be donated to Meals on Wheels, one of Bernie Sanders' favorite charities.

Inspired by her efforts, eBay promised to match the winning bid to "help even more people in need" according to CNN.

The auction started off with a small bid of 99 cents and grew to a whopping price of $20,300, but with even more help from eBay, the doll was able to raise a total of $40,600 for Meals on Wheels.

The doll is not the only "sitting Bernie" merch helping a good cause.

The Bernie campaign store dropped a sweater featuring the inauguration meme, pledging 100% of the profits to Meals on Wheels.

The sweater did indeed do some good charitable work, as it is now completely sold-out due to "overwhelming demand."