The penguin survived after battling death in an incubator. 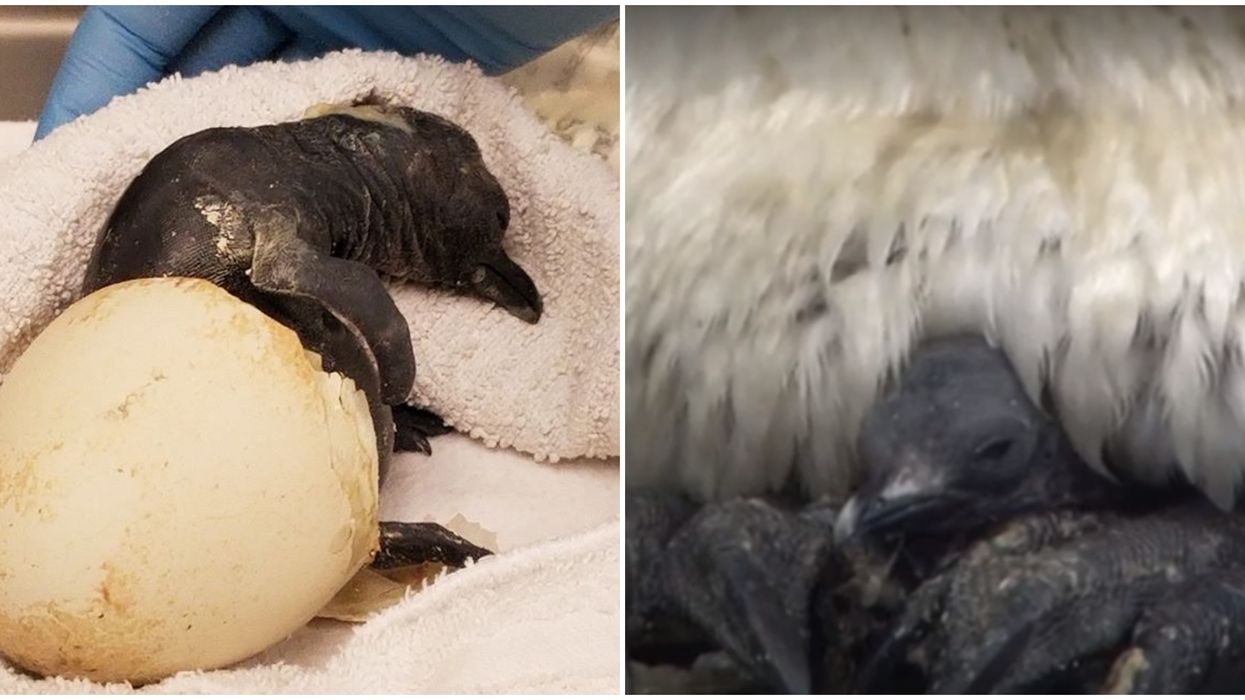 An extraordinary story of survival brought to you by the Calgary Zoo. On Thursday, July 30, the zoo announced that their newest baby penguin had been facing death after its egg cracked way too early. Thankfully, it was placed in an incubator and managed to hatch safely after all. Now the little chick is alive and thriving under the care of her parents.

The zoo laid out the details of what happened in an update on their website. Seasoned penguin parents Grace and Solomon were expecting their baby to hatch in late July.

Editor's Choice: 7 True Crime Documentaries On Netflix That Got Over 90% On Rotten Tomatoes

The two are already parents to Edward and Nero but it seems like there was some trouble when it came to their latest little one.

"During the final stretch of a nearly two-month long incubation period, Grace and Solomon’s egg became cracked after Grace moved away from it, and it rolled down the beach into some rocks," read the update.

The egg getting damaged right as its incubating is generally a massive setback to the young hatchlings inside.

Thankfully, the Calgary Zoo team "sprung into action" and immediately patched the cracked shell as best as they could.

The little hatchling was then placed into an electronic egg incubator. "With the egg safe and warm in the incubator it was closely monitored for its progress for several days, ever-hopeful that it would survive," they said.

And survive it did. "Against all odds," the chick tried to hatch from the egg. Normally the process of hatching takes days but this little baby didn't have energy left.

So the zoo team lent a helping hand and aided the chick as it tried making a dent through the egg. Their efforts proved to be a success, as the baby fully hatched on July 18.

The chick has been reunited with her parents. "They’re developing strong bonds and care routines, and the chick will continue to be warmed at the feet of its parents for a month or more," said the update.

You can catch a glimpse of the adorable little youngster if you make your way to Penguin Plunge at the Calgary Zoo.

It'll be a while before the baby is fully independent but it does venture out from under its parents for food.

The zoo has also posted a video on YouTube detailing how the whole thing took place.

As for the name or gender of the new addition, Calgary Zoo replied to a commenter, saying, "no name yet. We won't begin a naming process until after we know the little one's sex — which won't be for a few months yet."

In the update, the zoo said this wasn't even their first rescue operation for a hatchling whose egg cracked way too early.