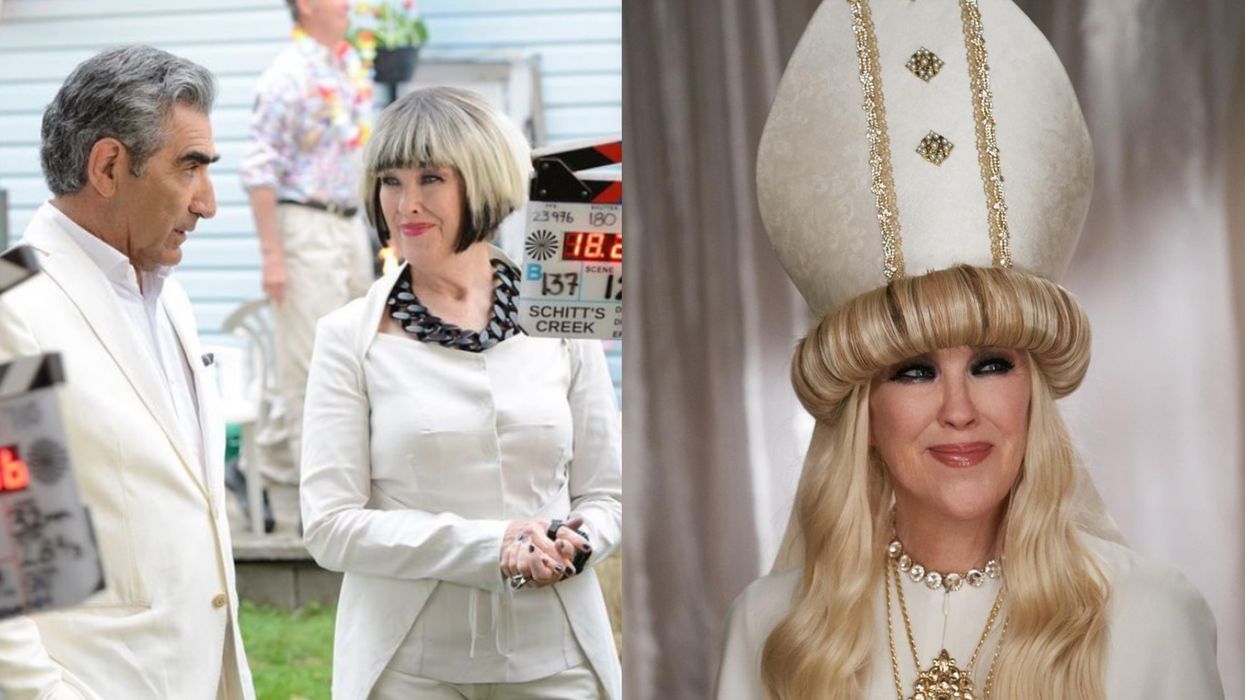 Calling all Schitt’s Creek fans! On Sunday evening, Canada’s Catherine O’Hara won a Golden Globe for her portrayal of the iconic Moira Rose in the Toronto-based TV show.

Accepting the award for “Best Performance by an Actress in a Television Series,” the Torontonian gave a pretty heartwarming speech during which she thanked Eugene and Dan Levy.

Live-streaming from her home, O’Hara described being “indebted” to the father-son duo for treating her like an award-winner from day one.

She also praised them for creating "an inspiring, funny, beautiful family love story in which they let me wear 100 wigs and speak like an alien."

“It’s an experience I will forever hold dear to my heart and I’m proud to be a part of their family,” she added.

The star also took a moment to thank CBC for “making this show in Canada."

Moments before, Schitt’s Creek took home an award for Best Television Series (Musical or Comedy), with Dan Levy calling for a more inclusive and diverse Golden Globe ceremony next year.

The Canadian show was nominated for five awards in total, with Dan and Eugene Levy and Annie Murphy all recognized for performances in their respective categories.

Last year, the show totally swept the Emmys too, breaking records by taking home a trophy in all seven comedy categories.