46% of Canadians surveyed believe at least one conspiracy about COVID-19. 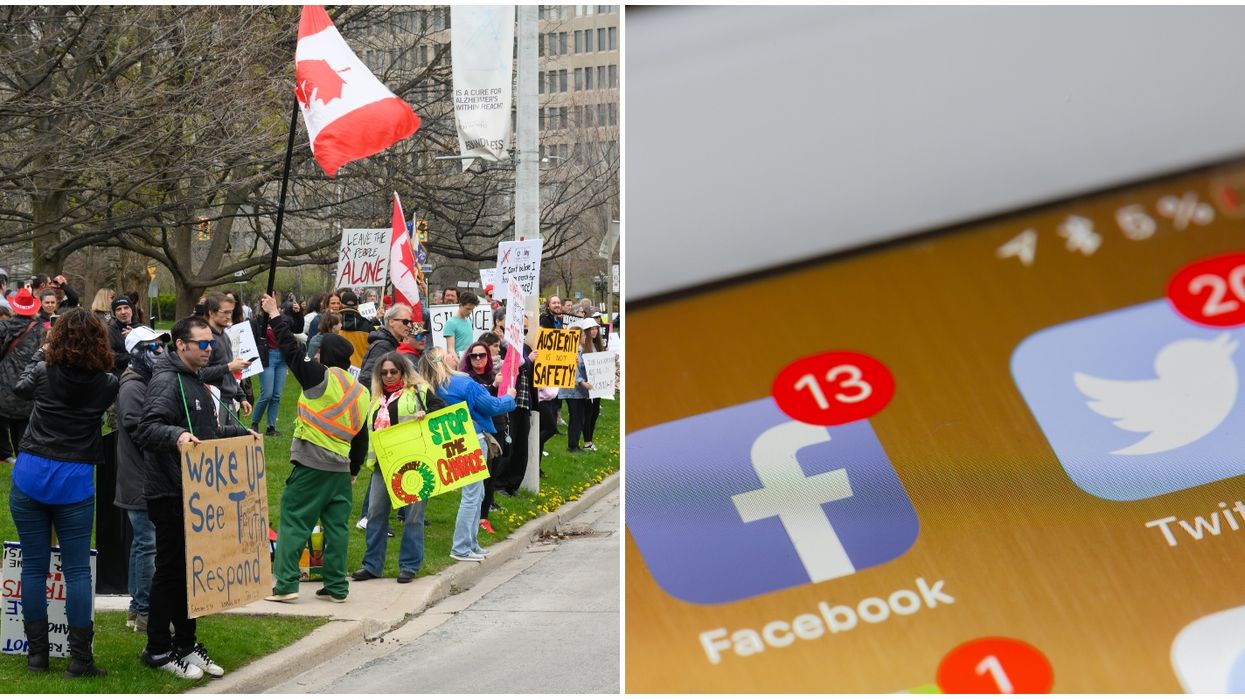 Fake news can spread fast, especially online. Multiple recent university studies have shown that a sizeable chunk of Canadians are believing a lot of unsubstantiated claims about the pandemic. A new study shows that COVID-19 misinformation in Canada is mainly spread through social media.

The July study from McGill University shows a correlation between social media news having negative impacts on the spread of inaccurate information.

The university's researchers found that those who get their news from non-official news accounts on social media are more susceptible to taking in fake news.

"Platforms like Twitter and Facebook are increasingly becoming the primary sources of news and misinformation for Canadians and people around the world," said Aengus Bridgman, co-author of the McGill study.

"In the context of a crisis like COVID-19, however, there is good reason to be concerned about the role that the consumption of social media is playing in boosting misperceptions,” he continued.

McGill researchers even go on to argue that those who use social media regularly are more likely to ignore distancing rules.

Those users are also more likely to think that the pandemic is not a threat.

Where do you get your #COVID19 news? A new study led by researchers at #McGill finds that people who get their new… https://t.co/IxxpDEReNT
— McGill University (@McGill University)1596032064.0

This builds on a point that researchers at Carleton University found, which is that about 46% of people in Canada believed at least one COVID-19 myth.

Further findings from the May 2020 study show that people ages 18-29 were slightly more likely to believe unproven theories.

Some of the theories looked at were the 5G conspiracy, the Chinese bioweapon theory, and the use of hydroxychloroquine to treat COVID-19 (popularized by U.S. President Donald Trump).

It turns out a lot of people believe at least one of these.

Twenty-six percent of Canadians surveyed admitted that they are confident that COVID-19 was engineered in a Chinese bioweapons lab and released into the public.

#Canada #news As regions across the country adopt mandatory masking rules, there is this protest too, turning some… https://t.co/Spoizn61eC
— FASTTalks Media 🌍 (@FASTTalks Media 🌍)1595908800.0

Furthermore, 23% believed hydroxychloroquine would help treat the virus, while 11% believe that COVID-19 is a distraction from the harmful effects of 5G technology.

"Everyone has fallen prey at some point to misinformation on social media," said Sarah Everts, a co-researcher on the Carleton study. "Anyone who thinks that it’s easy to distinguish conspiracy theories and misinformation is at high risk of being fooled."

Anti-mask protests have been happening across the country as people demand that the economy be reopened.

Protests even happened on public transit in Toronto, when anti-mask protestors stormed subway platforms and encouraged people to take off their face coverings and hug.

Anti-lockdown protestors were also observed in Ottawa and they were licking statues.