Make sure you do not consume these products. 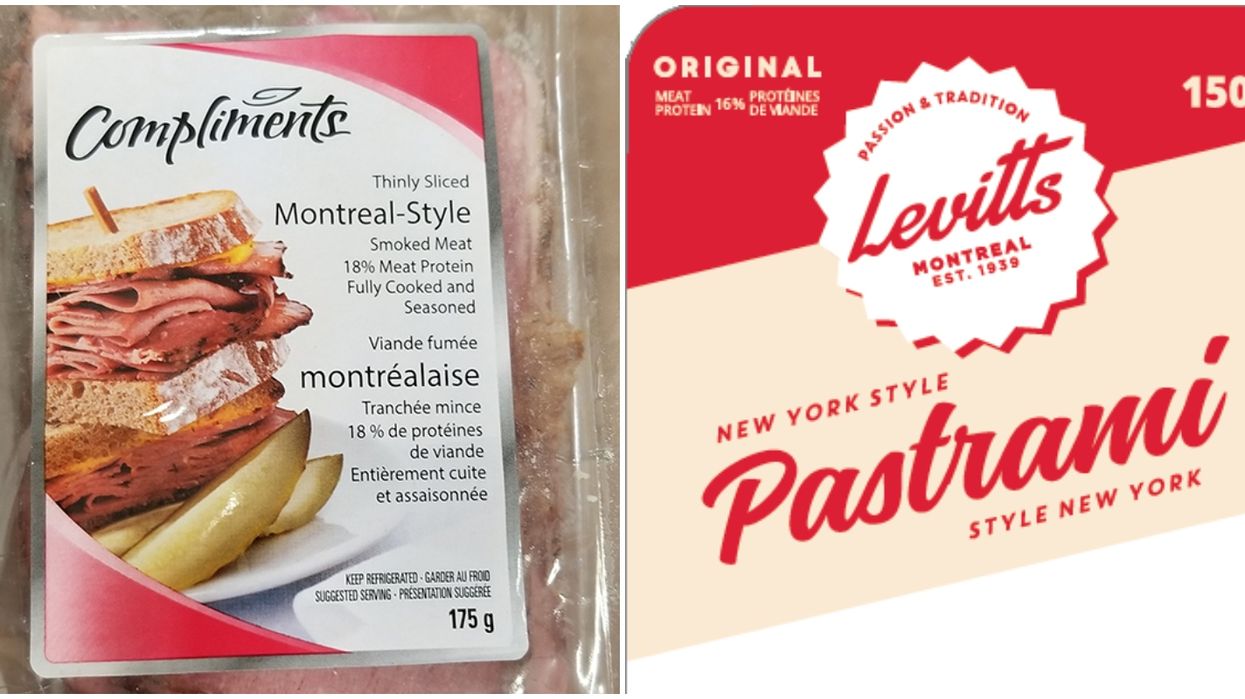 Canadians should be vigilant during their holiday grocery shopping, as a deli meat recall has been issued.

The Canadian Food Inspection Agency has recalled several brands of deli meat due to a potential risk of listeria, including varieties from Compliments, Levitts, and The Deli Shop.

The affected products were distributed in Alberta, Nova Scotia, Ontario, and Quebec. They may also be in other provinces as well.

8 Products included in the recall

The products are sold in packages that are either 150 or 175 grams and include Montreal smoked meat, pastrami, and corned beef.

The CFIA advises any affected products should be thrown out or returned to the store where they were bought.

Symptoms of listeriosis can include fever, vomiting, cramps, and headache, with more severe ones if the bacteria spreads to the nervous system.

There has been one reported case of illness linked to these recalled deli meats.

The CFIA has also recently issued recall notices for eggs and spinach due to potential salmonella contamination.