It was torn down in Montreal but Kenney said it could come to Edmonton. 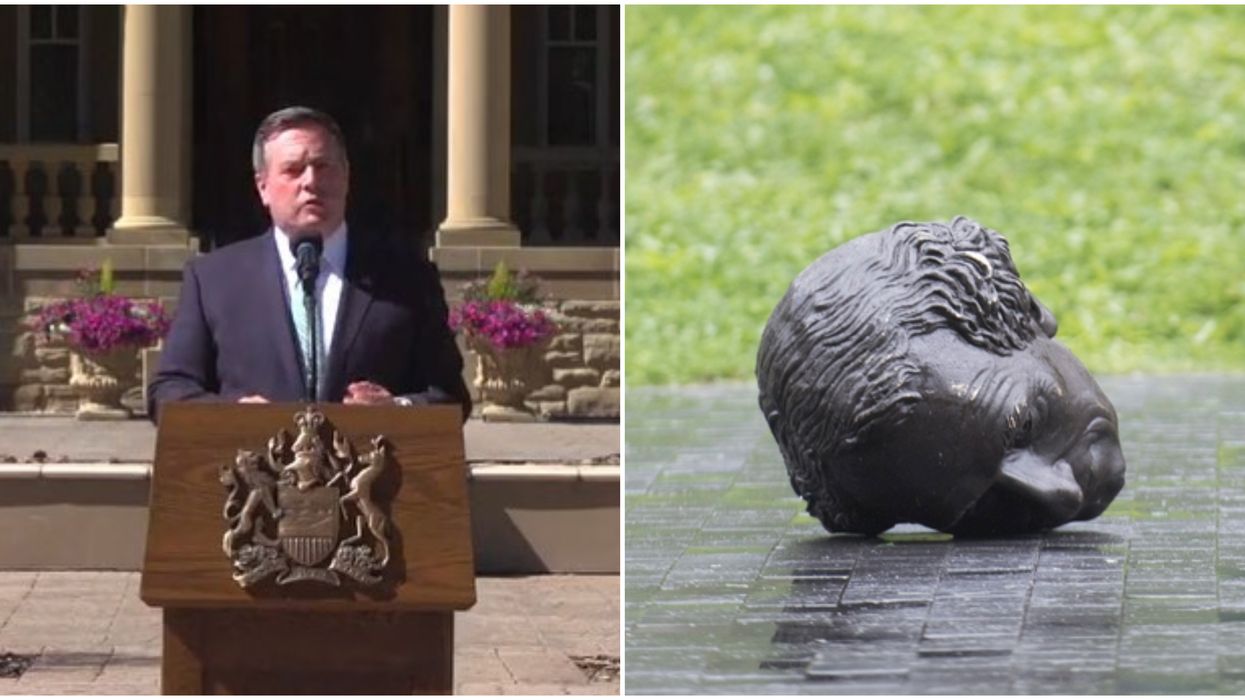 Some are cheering its demise and others are nostalgic for the Sir John A. Macdonald statue — Jason Kenney said it can have a home in Alberta.

On Saturday afternoon, August 29, protesters uprooted Montreal's longstanding likeness of Canada's First Prime Minister, sending it falling to the ground where it was decapitated on impact.

Kenney reacted to the incident on Twitter, calling the protesters a "mob" from the "extreme left" and defended the Prime Minister as "an immigrant who suffered unimaginable personal trauma."

"If the City of Montreal decides not to restore Wade’s statue of Macdonald to where it has stood for 125 years, we would be happy to receive it for installation on the grounds of Alberta’s Legislature," wrote the Premier on Twitter.

MacDonald has become very controversial lately for his past policies, especially regarding his treatment of Indigenous peoples and his role in residential schools.

On Monday, June 14, Jason Kenney shared information about Alberta's COVID-19 vaccination lottery program which is aimed at increasing vaccine uptake in the province.