He made a joke about his son's unusual name, too! 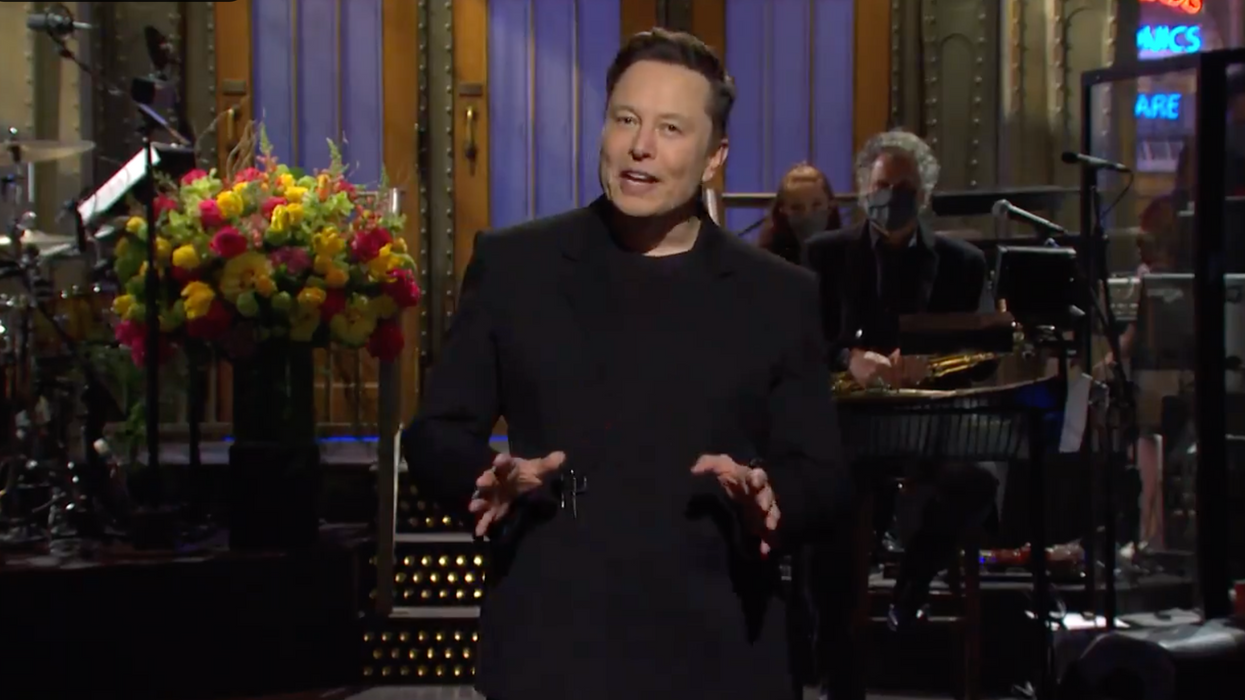 On Saturday night, Elon Musk's SNL monologue featured jokes about his own Twitter account and his son's unusual name. It even included an appearance from his mom!

Taking to the Saturday Night Live stage on May 8, the Tesla CEO and SpaceX founder opened his monologue by mocking his own monotonal voice, before going on to reference some of the tweets that have landed him in hot water.

"Look, I know I sometimes say or post strange things, but that's just how my brain works," he said.

In a message to those he may have offended, Musk added, "I just want to say, I reinvented electric cars and I'm sending people to Mars in a rocket ship… Did you think I was also going to be a chill, normal dude?!"

Musk, who one of the world's richest people, also revealed that he is the "first person with Asperger's to host SNL," before joking "at least the first to admit it."

Later on, the new dad took a moment to acknowledge how unusual his son's name — X Æ A-12 — is. "It's pronounced 'cat running across keyboard,'" he joked.

Elon Musk's mom, Maye Musk, made an appearance during her son's monologue, joking that she hoped her Mother's Day gift wouldn't be dogecoin.