Some Canadians are getting it WAY better than others! 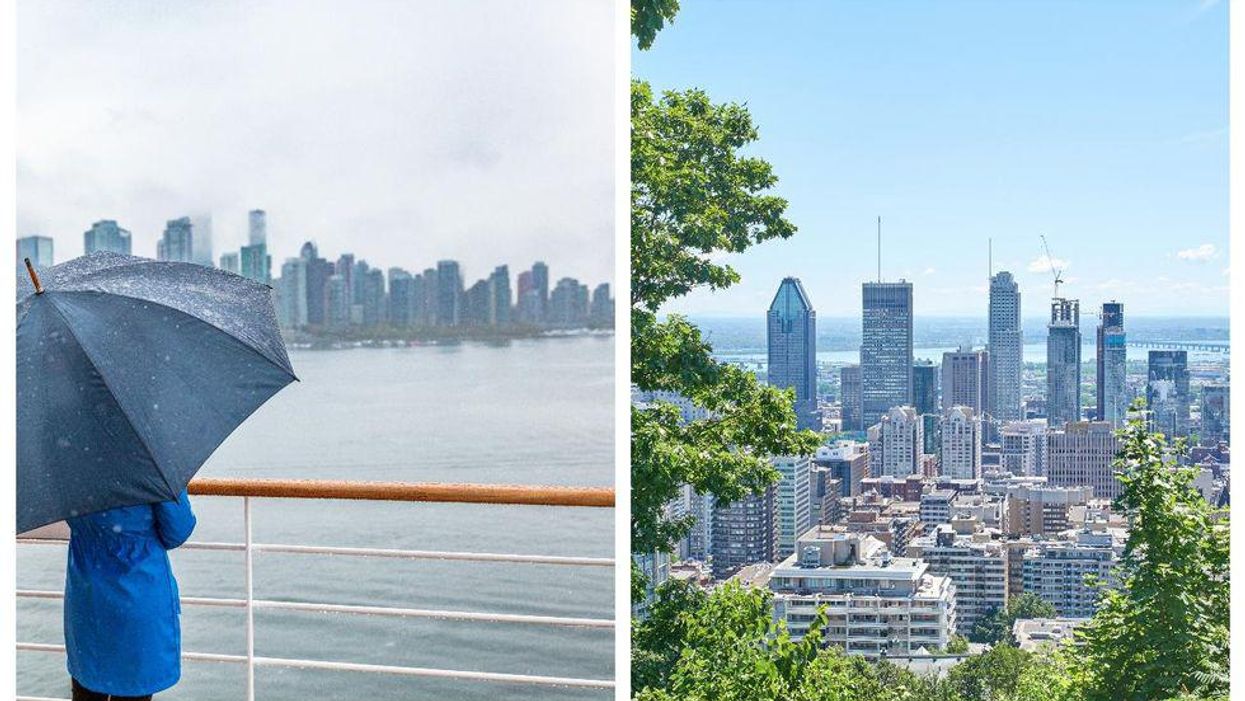 Somehow the month of May has slipped away and it's time to start thinking about June weather in Canada. You can never be so sure if spring will really just be a wetter winter or if you'll actually see some sun.

Luckily, we've got The Old Farmer's Almanac to lean back on for a little peek into the future. The Almanac has split Canada up into several different regions in order to report on the long-range weather forecast. Most of their regions focus on the southern parts of the country, so we're going to break down those predictions and let you know what you're in for.

This region includes "all or parts" of New Brunswick, Newfoundland and Labrador, Nova Scotia, P.E.I., and even a bit of Quebec. In the outlined areas, they're looking at a temperature average of 16.5 C for the month of June, which is about 2 C above average.

The first week of the month is expected to be rainy and cool. In the second week, from June 8 to 15, there will still be a few showers but it will begin to turn warm. The last two weeks of the month will be pretty damp, with rainy periods and cool temperatures. Though, the amount of precipitation will be average, so nothing to worry too much about.

Next up is the Southern Quebec Region, which includes the cities of Quebec, Montreal, Ottawa and the closely surrounding areas. The average temperature for the month of June is predicted to be 20 C, which is just a bit above average.

The month is going to kick off really hot with super warm temperatures and some scattered showers. The second and third weeks of June will see some rain and cooler temperatures. But, not to worry, the last week of June will be sunny and hot.

Next up we've got the Southern Ontario Region, which covers Toronto, Sudbury, Thunder Bay and the surrounding areas of each.

The average temperature for the month of June in this region will be 19.5 C, which is 2 C above average for this time of year. There will also be an above-average amount of precipitation.

The month begins with some thunderstorms and hot temperatures. The storms will continue into the second week but temperatures will start to turn cool. The middle of the month persists with rain showers but they'll be coupled with warm weather. Finally, the very tail end of the month will bring sunny, warm weather.

As you may have guessed, The Prairies includes parts of Alberta, Manitoba and Saskatchewan. Sadly, the average June temperature is far from summer-like. Folks in The Prairies can expect an average of 14.5 C, which is lower than usual, along with more precipitation than usual.

There is not a single week of June where showers of some type are not expected. Also, temperatures remain cool for almost the entire month, just starting to turn warm at the end. The average temperature is predicted to be 13 C, which is 2 C below average, and there will be more rain than usual for this time of year.

If you've ever spent time in B.C., you know that more rain than usual is a whole lot.

From Your Site Articles
Canada
Discover Narcity
Get the latest and greatest stories every day in your inbox.
Load More Articles