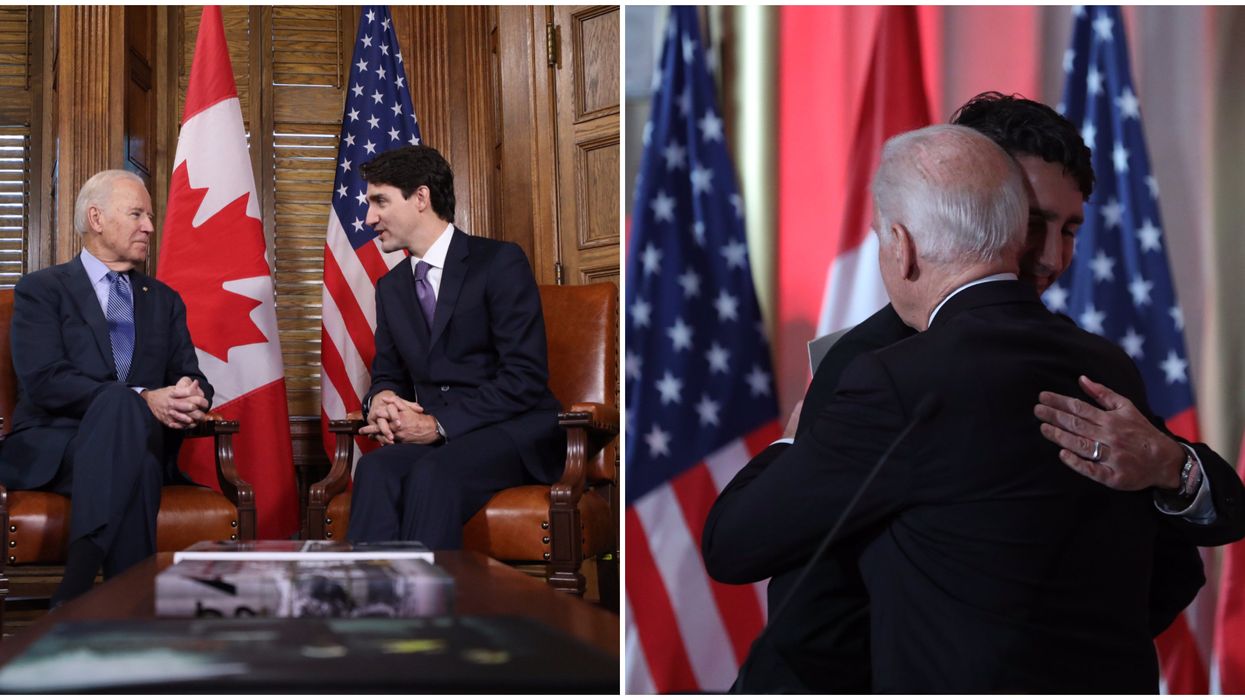 After multiple news outlets have called Joe Biden the next U.S. president, Justin Trudeau's reaction is here and he's congratulating Biden as well as Kamala Harris.

Now that projections have been made in the U.S. election, the prime minister reacted on Twitter to Biden being called the winner.

Editor's Choice: Joe Biden Has Been Called The Winner Of The US Election By Multiple Networks

Trudeau said that Canada and the U.S. are close friends as well as allies and partners.

He noted that the two countries have a relationship that he believes is "unique on the world stage."

"I'm really looking forward to working together and building on that with you both," the prime minister said.

He had refrained from commenting on the race between Trump and Biden before the results came in.

Before election day, Trudeau did mention that his government would be ready for any outcome.

It's not the first time Justin Trudeau has visited either!

Andrea Chiodo, vice president creative of Flying Monkeys Craft Brewery, told Narcity that Trudeau swung by around 3:30 p.m. on August 17 and stayed for about an hour.

Trudeau and Biden talked on the phone.
potus | Instagram

Joe Biden has revealed that Canada getting vaccines from the U.S. could happen again and he's going to try and help our country.

While announcing on April 21 that his country has reached a milestone of 200 million doses administered, Biden said that he's looking at what can be done with doses that aren't being used.