The series is heating up and so are Canada's politicians. 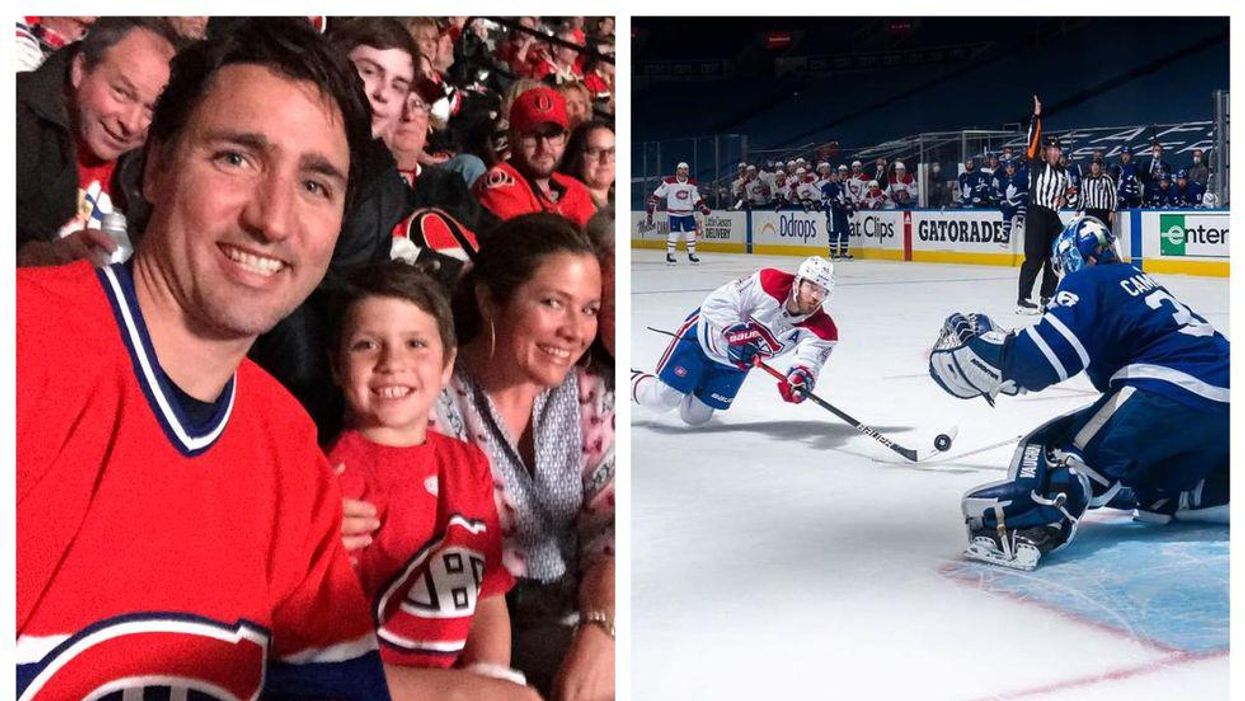 The gloves are off! It's pretty well-known how intense the Leafs vs. Habs rivalry is, and now Justin Trudeau and other politicians are getting involved for the big playoff series between the teams.

On Twitter, Bob Rae — former Ontario premier and current ambassador to the UN — tweeted a photo of himself in a Leafs jersey and said cheering for the team might cost him his job. Trudeau, who's a Habs fan, replied to the tweet after the game and joked, "Your job is safe. For now."

It's not the first time the PM has joked about the series. Trudeau recently said he admires Toronto fans for clinging to hope every year that their team will win the Stanley Cup and that the idea of the Leafs winning the championship is "unthinkable."

Toronto and Montreal's mayors have also made a bet about the playoff series, but Ontario and Quebec's premiers Doug Ford and François Legault didn't do the same.

"This is the only time that my buddy François won't bet me. What does that tell you, folks?" Ford said in a press conference on Thursday.