There is even a full 360-degree view of the landing sight. 🤯🌌 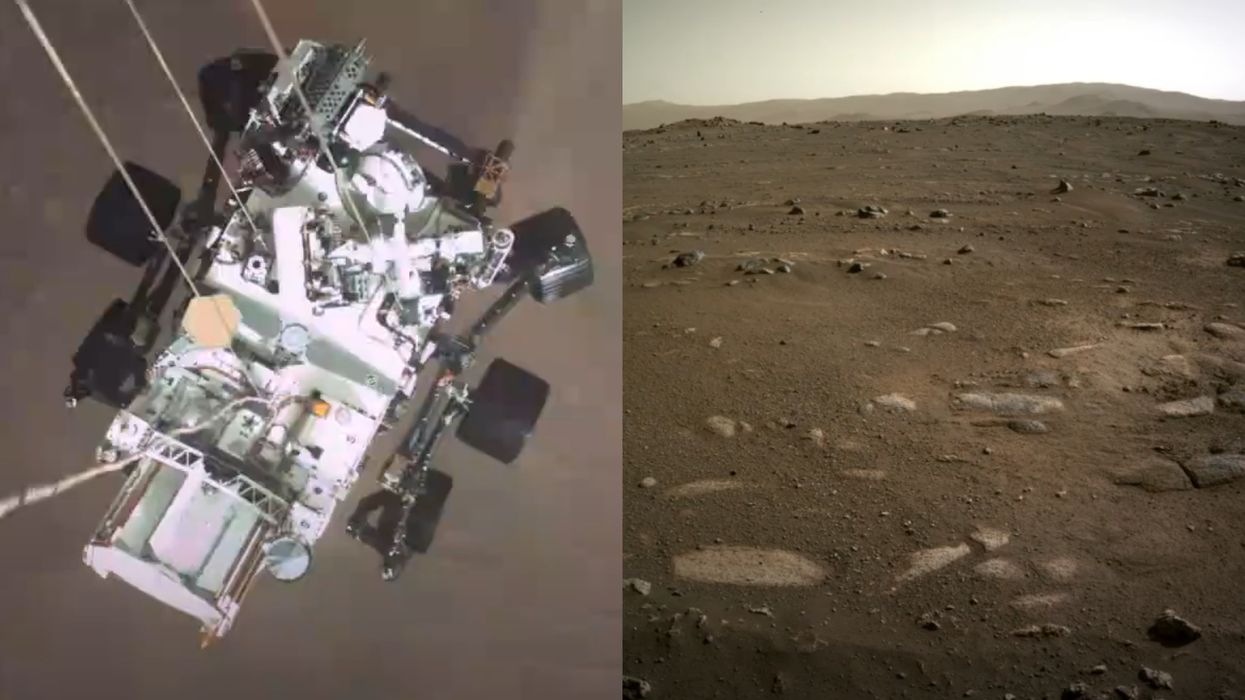 NASA's new Perseverance Mars rover continues to send back jaw-dropping images of its new home, but this time it sent back an incredible video and even some audio.

During a live stream event, NASA debuted the footage of the rover's daring descent and landing, dubbed the "Seven Minutes of Terror," and it's unlike anything you have ever seen.

The just over 3-minute clip is the first of its kind and shows every stage of the rover's descent to Mars, which took place on February 18.

NASA was even able to piece together the rover's first full 360-degree view of the landing sight in the Jezero Crater, allowing you to get a glimpse of the area surrounding the rover.

Perseverance also recorded audio from the surface of Mars, meaning you can grab some headphones and listen to sounds from a world beyond our own.

Just minutes after it landed, it sent back its first photograph, which appeared to be a little blurry and without color.

Since then, NASA has released numerous other photos of the surface, including its first photo in color.