The public was able to decode them. 🚀 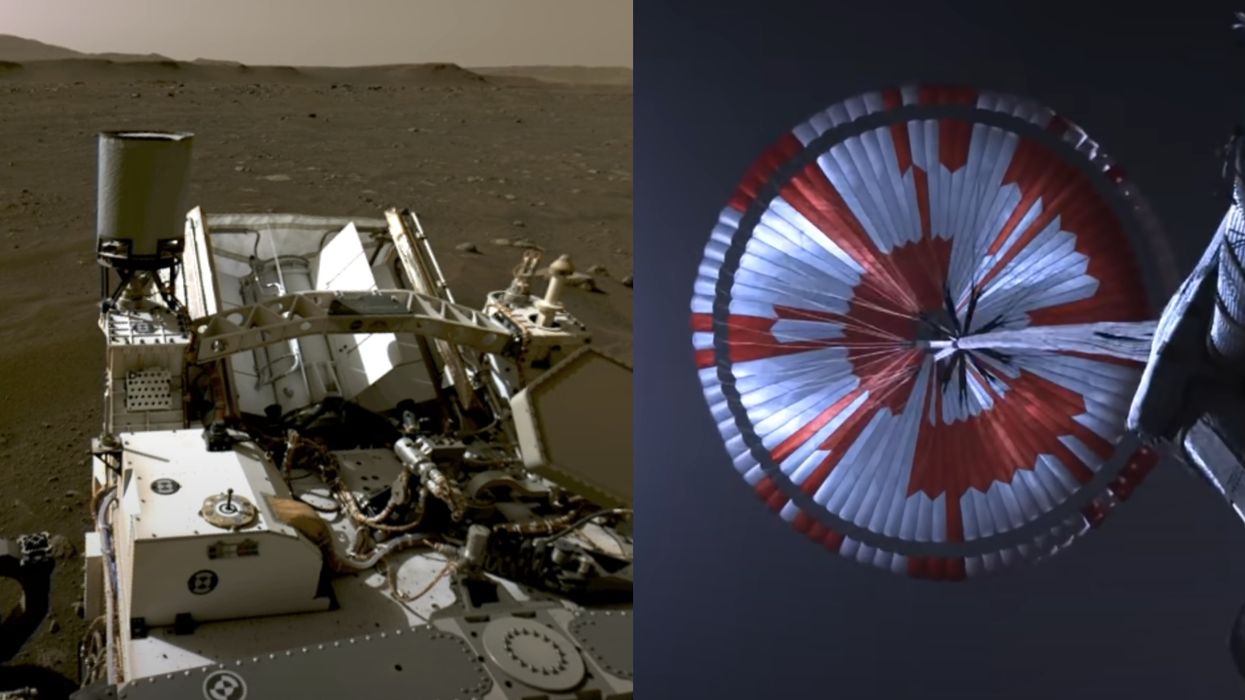 But it turns out the team that designed and built the rover decided to hide some clever messages on it, and they left it up to the public to figure out what and where they were.

Oh internet is there anything you can’t do? NASA Engineer Adam Steltzner

On Monday, NASA released new footage of the rover's daring landing in the Jezero Crater, and those who watched were treated to an amazing view of the parachute that safely took Perseverance to the surface.

Little did they know, a special message was hidden right in front of the camera, and NASA's Allen Chen, challenged the public to decode it.

In just six short hours, one eagle-eyed genius was able to discover the phrase "Dare Mighty Things," was written using red and white concentric rings on the parachute.

According to The Verge, the saying is the Perseverance team's motto.

NASA Engineer Adam Steltzner confirmed the discovery and applauded those who were able to decode it.

It looks like the internet has cracked the code in something like 6 hours! Oh internet is there anything you can’t… https://t.co/MEDxR4GZm2
— Adam Steltzner (@Adam Steltzner)1614056183.0

The Verge reports the rover most likely contains more hidden messages, but Chen says the vast majority will never be discovered, not even by himself.