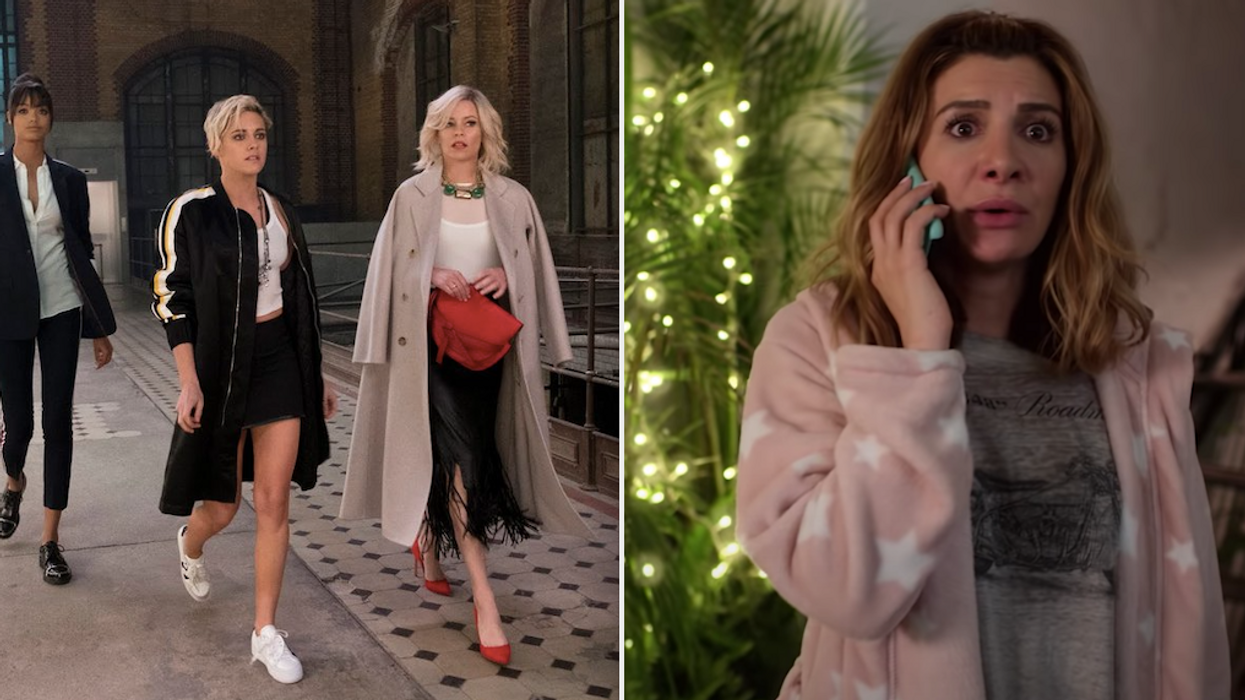 The weekend is here and so are tons of new arrivals on Netflix and Amazon Prime! If you have no plans yet, you might just be content with staying in and getting comfortable because these fresh shows and movies will keep you entertained. This week has a variety of different genres that are fresh and exciting.

On Netflix, you can sink your teeth into some new drama and reality series, get your laughs in with a comedy special, or enjoy an enticing new rom-com.

Plus, the brand new month brought a whole bunch of throwback movies to the platform. That includes Catch Me If You Can, Justin Bieber: Never Say Never, Legends of the Fall, Mean Girls, The Big Short, The Great Gatsby, and The Italian Job among tons more.

Over on Amazon Prime, you get every season of a beloved musical drama, the 2019 remake of Charlie's Angels, and the newest season of a creepy drama.

Find a comfy couch and grab your popcorn and pyjamas because this weekend is for the Netflix and chill lovers!

George Lopez: We'll Do It For Half

You deserve a laugh! Comedian George Lopez performs his 51-minute long stand up special as he discusses hilarious topics including ageing, relatives, and his Latinx culture.

From the creators of Stranger Things comes this mystery series that dives into chilling unsolved events. People who have lived through the experiences recount their stories in hopes that one of the viewers will have tips to help solve the mysteries.

This 2019 history documentary features Helen Mirren as she reads from the famous Anne Frank's diary and recounts the girl's experiences alongside five Holocaust survivors.

It's Charlie's Angels with an eerie twist! The brand new fantasy drama show follows a young girl who wakes up in a morgue and finds that she has mysterious superpowers that she must use to help protect the world from evil forces.

The modern-day remake of the 1995 classic flick just arrived and this time around it's a whole series that follows the stories of teenage girls and their babysitting business.

Get your laughs in with this rom-com starring Canadian Robbie Amell alongside familiar faces Nasim Pedrad, Anna Camp, Lamorne Morris, and Heather Graham. A young woman accidentally sends an email to her new boyfriend and frantically zooms to Mexico in hopes of deleting it.

This goofy reality series looks like a mix between Jackass and MythBusters! The Battlbox crew test out products that are supposed to help people survive in dangerous situations.

All six seasons of the drama series are here! Follow a group of high school students who are part of the glee club and headed by a teacher hoping to get them into the biggest singing competition.

This dark drama follows a young girl named Hanna who was raised in the forest while escaping the pursuit of a CIA agent. In the second season, Hanna sets out to help rescue a girl named Clara who is being held by Utrax.