Arena patios, massive lounges, and so much more. 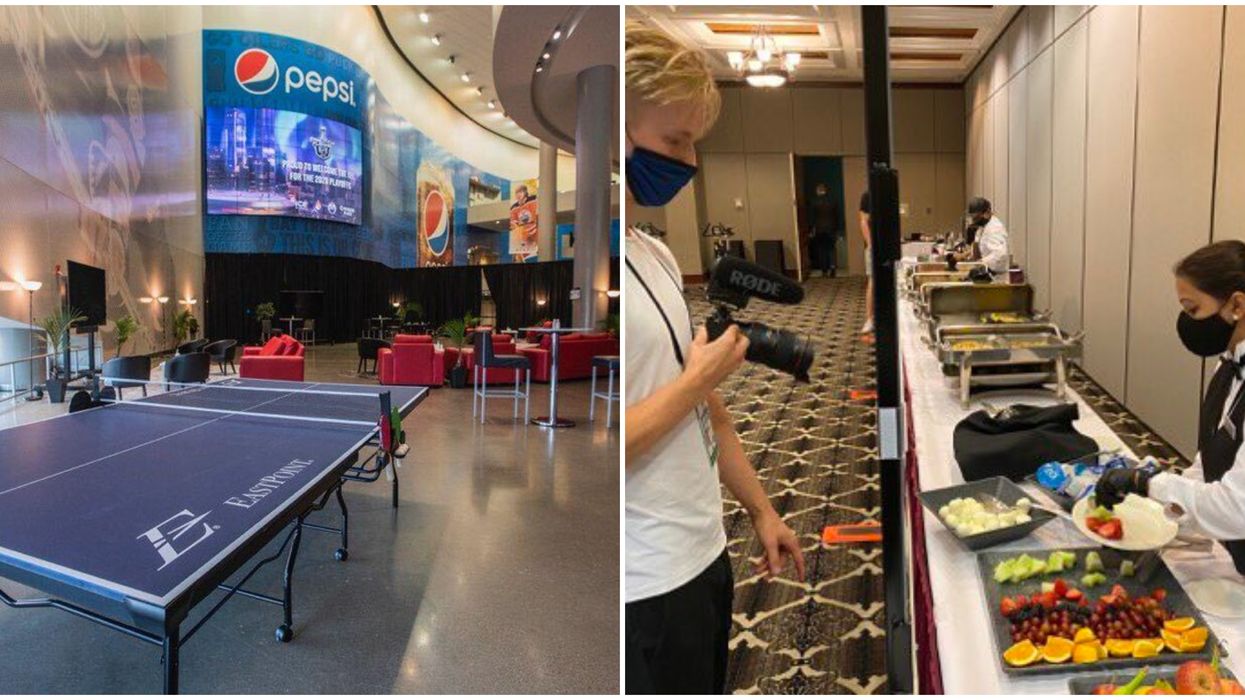 If you've been really desperate for some hockey action, we're almost back in action. NHL teams touched down in Edmonton and Toronto during the weekend of Saturday, July 25. And from the looks of it, these players are getting five-star treatment in their NHL bubbles.

The bubble refers to a "quarantine" zone that's been created in both Edmonton and Toronto to keep locals and NHL teams apart.

Editor's Choice: The Host Of That 200-Person House Party In Brampton Is In Deep Trouble (VIDEO)

This is supposed to ensure that there is minimal COVID-19 risk as there's going to be a massive roster of NHLers in both the cities who've come from all over the globe.

The Western Conference teams, who will be based in Edmonton for the duration of the playoffs, will be squeezing into two premium hotels: the JW Marriot and Sutton Place.

Whereas the Eastern Conference teams will be holed up in two Toronto hotels: Hotel X and Fairmont Royal York.

The first of the playoff games is on August 1, 2020. Up until then, the players have plenty of time to train, relax, and catch city views from their hotel windows.

Hotel lockdown doesn't look all that bad for the playoff players.

By the looks of it, the league and the hotels have gone above and beyond to give the players the most comforting, luxurious, and enviable experience possible.

The NHL posted a tweet in which they shared some photos of one of the players' lounges in Edmonton. The lounge features bright red couches, massive TV screens, and a ping-pong table to boot.

It also has an ample amount of space, so we're betting the players have plenty of room to hang out in this unique situation where all the teams from a conference are together in one city.

Fans got another glimpse of the Toronto bubble life through an Instagram story shared by Carolina Hurricanes' player Nino Niederreiter.

The story, as retweeted by NHL, shows a super-fancy breakfast buffet table with tons of delicious-looking food. An omelette bar is seen at the end of the buffet, where a chef is preparing a couple of custom omelettes for the players.

The Vancouver Canucks were spotted getting their own buffet treatment over in Edmonton.

The tributes to the "bubble" life didn't stop there, though.

A small group of players from the Calgary Flames were seen enjoying a coffee huddle outside Rogers' Place. If you don't get an entire arena patio to yourself and your teammates for an afternoon beverage, are you even a famous athlete?

Whereas another clip posted by the Toronto Maple Leafs shows the hallways in one of the hotels as it's decked out in swanky colours and designs as a tribute to the team.

The players might be far away from home but we bet they're having a blast anyway.