Game faces on, everyone! 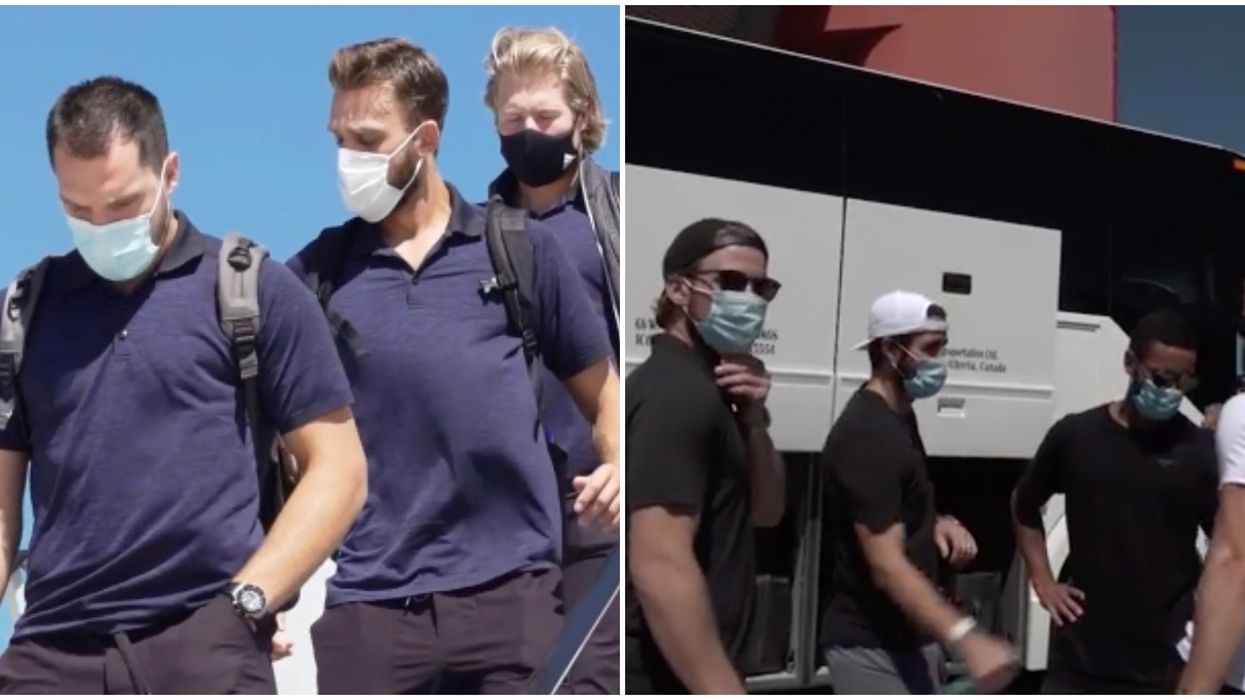 Move-in day is complete! Ahead of the NHL Playoffs in Edmonton, some of the most beloved teams out of North America rolled into town between Saturday, July 25 and Sunday, July 26. Behind-the-scenes footage of the teams adjusting to "hub life" has emerged on social media.

Edmonton and Toronto have been chosen as the two hub cities for the remainder of the NHL season.

Editor's Choice: ‘The Kissing Booth 3’ Is Coming To Netflix Next Year & Has Already Been Filmed (VIDEO)

This means the playoffs will be taking place in these cities and nowhere else. Half of the teams in the league are setting up shop in Edmonton and the other half in Toronto.

Due to the sheer number of players residing in town temporarily, Edmonton has established a "bubble" in the middle of the city exclusively for NHL players and staff.

This bubble, created by fencing off popular streets and blocks, will allow locals and players to stay apart and therefore minimize the risk of COVID-19 exposure.

With the first of the games kicking off on August 1, the teams have just a few days to prepare and adapt to the facilities and hotels in Edmonton.

The first wave of behind-the-scenes footage released by the teams shows how the players are taking to the city and the "hub life."

It's going to be one unique season this year.

Calgary Flames', the Oilers' longtime rivals, posted a video in which the players are seen getting on buses and making the short trip up to Edmonton.

The rivals are set to meet each other on the ice before the playoffs in an exhibition game on July 28. Considering the teams haven't played since March, all bets are off as to what the fans can expect.

The Vancouver Canucks also posted a video depicting their trip and preparations for the playoffs. The video shows the coach and the players briefly providing their thoughts about the upcoming games.

Then there's plenty of slow-mo footage of the players getting on and off the plane, driving into the city, and lining up to get into their hotel. All set to a hip-hop song to get you hyped up for the boys to finally hit the ice again.

Other Western Conference teams that will be posted up in Edmonton have also posted their own photos and videos.

It seems that some of the players had a surprise waiting for them in their rooms.

Nashville Predator players Matt Duchene and Ryan Johansen found photos of their families placed around their rooms. We're not crying, you're crying.

Finally, the Edmonton Oilers posted their own video ahead of Stanley Cup playoffs. No flights or buses featured in their video, but the players nonetheless have to complete move-in day just like any other team.

"Hub Life begins," their caption read. The video features clips of the players intensely prepping on the ice, game faces on. Will their home advantage lead to success? Only time will tell.