Three Albertans are dying every day.😱 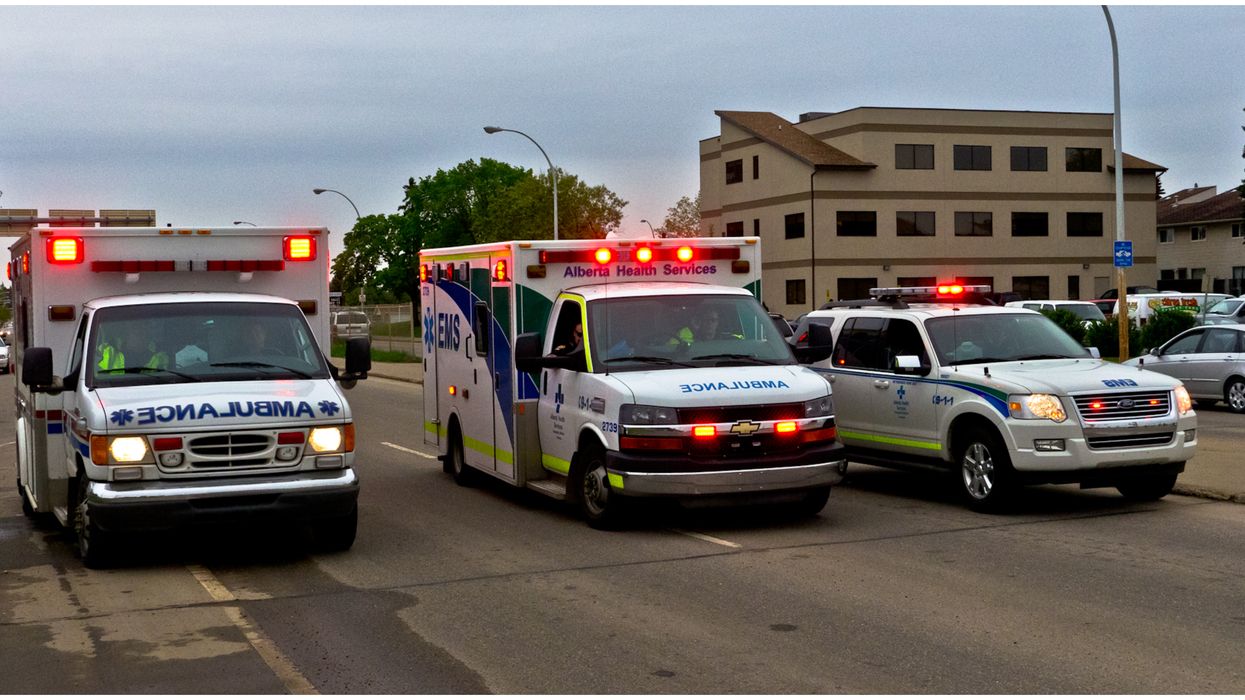 The number of people that have died from the opioid crisis in Alberta during the pandemic is nothing short of shocking. The pandemic seems to have fueled the epidemic and things aren't getting better.

In fact, more Albertans are dying from accidental overdoses than they are from COVID-19. New data that was released in September shows the opioid crisis has taken 449 lives in Alberts in the first six months of this year, compared to 272 deaths caused by COVID-19.

That's an average of three deaths per day and the highest rate ever recorded in our province.

Over 300 Albertans have died of accidental opioid overdoses that happened between April to June, according to a provincial report. That means that since COVID-19 safety restrictions were put in place, opioid-related deaths have more than doubled.

“This has exacerbated the struggles of many Albertans, including those struggling with substance use," said Jason Luan, Associate Minister of Mental Health and Addictions, in a statement he released on September 23.

And it seems men are struggling the most. According to national data that was released on Thursday, October 1, men account for a staggering 75 percent of all opioid overdose deaths.

Why have opioid overdoses become such a problem?

The opioid crisis is complex, but there are a few reasons why it has gotten so out of hand.

Health experts in Alberta have found that street drugs are being mixed with powerful opioids like fentanyl. And most people don't even know they're taking the deadly cocktail, which can make them pass out and stop breathing.

"Fentanyl is 50-100 times more potent than morphine," explained the Program Manager with CPSA’s Prescribing team, Fizza Gilani in an email to Narcity.

According to Health Canada, opioids go easily undetected when mixed with other drugs and a few grains of salt worth of fentanyl can be enough the kill you.

Gilani added that prescription opioids are also part of the problem. While the drug is really helpful to a person suffering from severe pain, it also comes with a lot of risks like serious withdrawal and addiction.

How can you help?

Alberta Health Services has a list of things on their website that we can all do to help those at risk of an overdose. First on that list is knowing how to spot an overdose and what steps to take.

To help with this, there's a handy, printable wallet card available on the Health Canada website. It lists all the signs of an opioid overdose and tells you what to do.

Calling 9-1-1 is obviously the first step you should take if you think someone might be suffering from opioid poisoning. Having a naloxone kit is a game-changer and the second step that AHS recommends.

The drug can immediately, but only temporarily, stop opioid poisoning. It's mostly used by first responders but take-home kits are available to anyone that wants. They can be picked up at over two-thousand pharmacies and walk-in clinics around Alberta.

It's also important to mention that if you are helping someone who has overdosed, both you and the victim are protected against simple drug possession charges under the Good Samaritan Drug Overdose Act. This law was put in place to encourage people to call for help and stay with the victim.

Naloxone can temporarily reverse an opioid overdose. Having a kit nearby can help save a life. You can get one ano… https://t.co/wjB3OkGcwN
— Alberta Government (@Alberta Government)1601042427.0

What’s a Naloxone kit and how do you use it?

If you're at risk of an overdose or think you might encounter one, officials recommend you pick up a free take-home naloxone kit.

"Getting a naloxone kit is a good idea even if you personally don’t use drugs," Dr. Theresa Tam posted on Twitter.

It's is one of the safest and quickest ways you can save someone's life if they're overdosing on fentanyl, heroin, morphine, or codeine.

The Alberta Government has a long list of places around the province that you can get take-home naloxone kits for free and they come with super easy-to-follow instructions.

There are two types of kits: a nasal spray and an injectable. Both are easy to administer and take effect in under 5 minutes. The drug only stays active in the body for 20 to 90 minutes which should give enough time for paramedics to arrive. Another dose can be administered if necessary.

And don't worry, naloxone can't hurt someone if it's used improperly. It only goes to work if a person has opioids in their system.

According to the federal government, Naloxone has successfully helped saved thousands of Canadians.