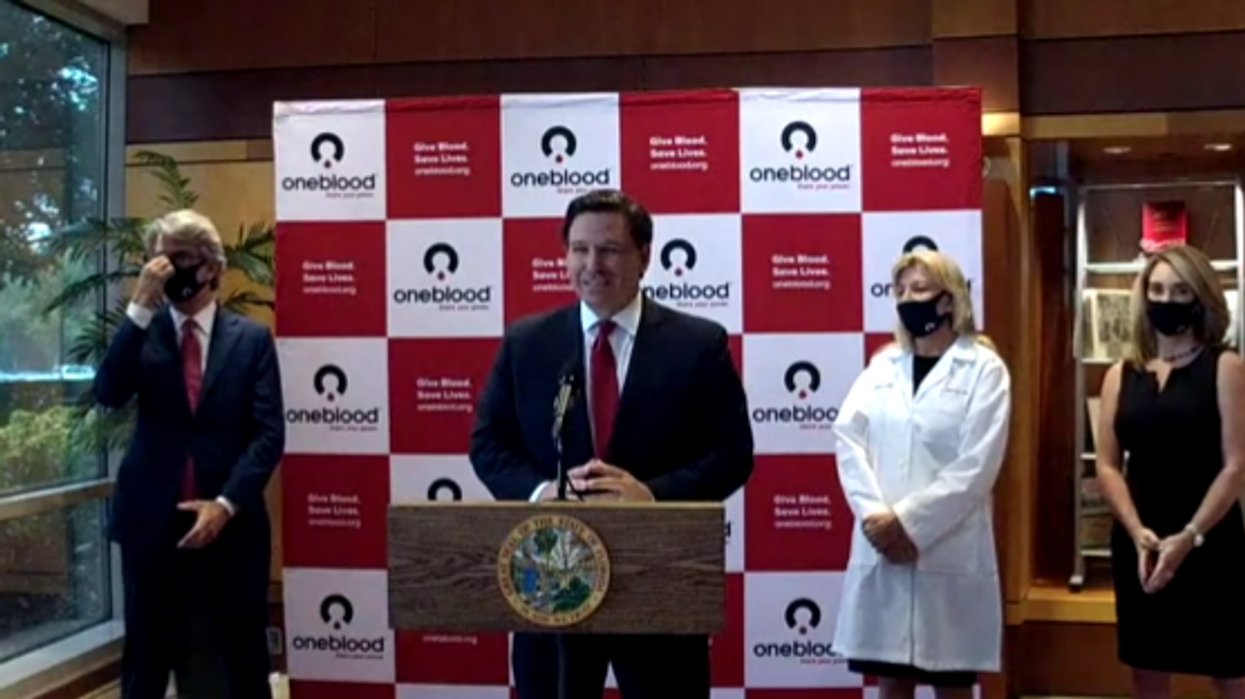 Protesters in Orlando just took over Gov. Ron DeSantis' press conference on Monday, July 20. As the Florida governor tries to speak, activists continue to steal the attention. This is the second time in a month he has been faced with dissent.

Speaking on the state's COVID-19 response, protesters first interrupted the governor right from the start, chanting about their frustrations over his actions and police brutality.

Even when they were moved outside, the meeting crashers continued to vocalize their complaints.

The group can be heard banging on drums and yelling, "shame on you" and "defund the police."

They were so loud that DeSantis and the guest speakers had to talk louder for reporters to hear them.

The governor has faced a ton of criticism for what some say is a lack of leadership during the COVID-19 crisis. He's prescribed a "bottom-top" plan, relying on cities and counties to carry the brunt of the response.

While other states have instituted mandatory face mask ordinance or even rolled back some phases, DeSantis has resisted implementing these measures.

This has led many mayors to implement their own face mask mandate and penalties over a statewide order.

Others have also reinstated nightly curfews to prevent people from gathering overnight. Florida recorded more than 10,000 cases on Monday, with the state's death toll from COVID-19 complications climbing above 5,000.

Nobody can hear DeSantis over the banging of protesters outside who were removed from the lobby https://t.co/ICGucAEtJL
— Steven Lemongello (@Steven Lemongello)1595262219.0

DeSantis' lack of a unified plan has rankled Floridians, who are now starting to crash his press conferences demanding that he take action.

A week ago, his conference in Miami was interrupted by a heckler who shouted, "shame on you" before being removed.