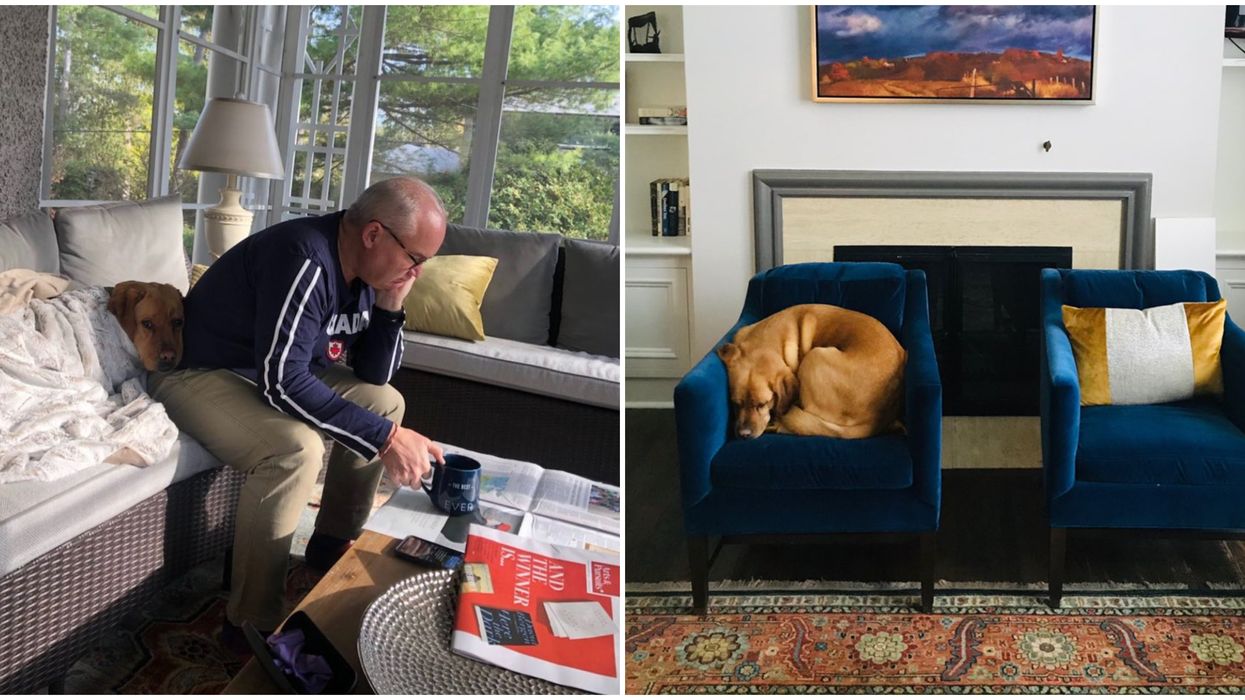 Good boy alert! Erin O'Toole's dog is on social media now and the photos are too cute to handle.

Wexford O'Toole, the Conservative leader's pet pooch, just got his own Twitter and Instagram accounts and a photo was posted of him outside of Parliament Hill's West Block on November 12.

He introduced himself as a proud Canadian canine and the leader's best friend to which the human O'Toole tweeted, "How did you get on here?"

While Wexford is new to social media, he already has a bunch of posts that were all put out on the same day.

Some of the photos show him hanging around Stornoway, the official residence of the leader of the opposition which is just northeast of where Justin Trudeau's residence is in Ottawa.

There's even one of Wexford sitting in front of a bowl of ice cream with adorable puppy dog eyes.

He said he's "seeking out negotiation tips" because nobody ever gives him a taste.

If you want to know more about Wexford, his bio notes that he's 28 in dog years, a "fetch enthusiast" and currently living in Ottawa.