The next big fashion trend? 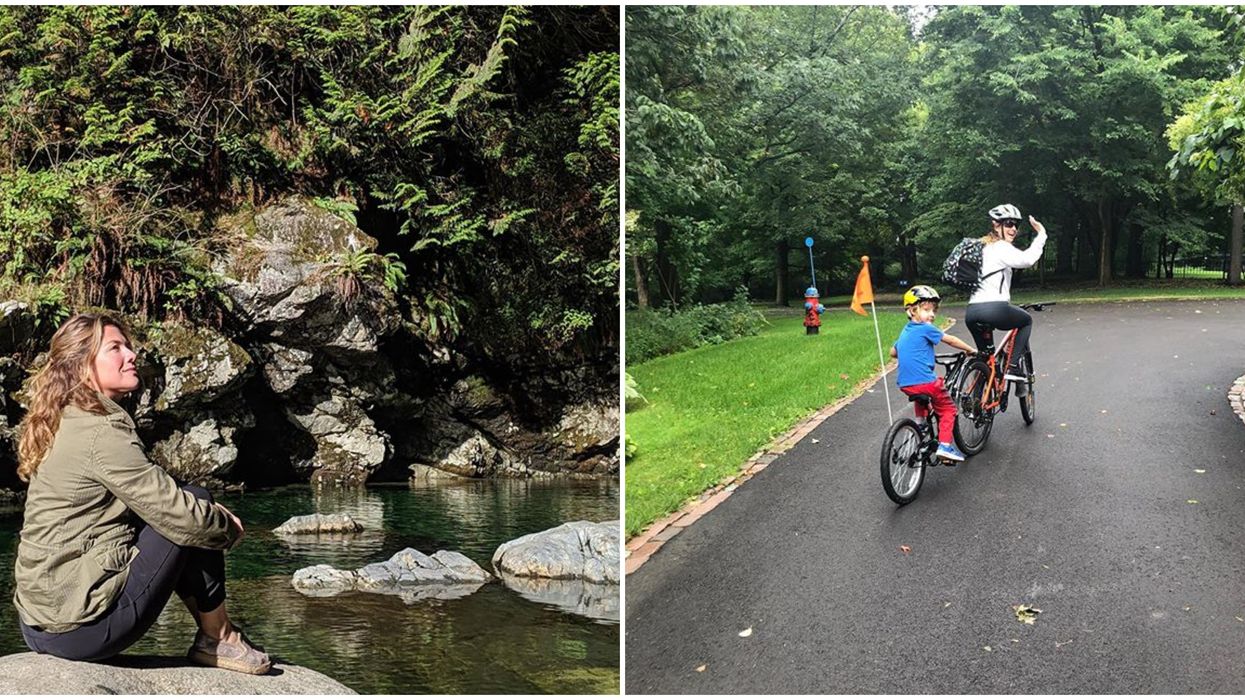 Trash but make it fashion! Sophie Grégoire Trudeau's Instagram post is a photo of her wearing a garbage bag and somehow it actually works for her. A little rain isn't going to hold her back from getting outdoors.

Grégoire Trudeau posted a photo of her and her daughter Ella on September 9 during one of their outings.

The mother-daughter duo was out riding their bikes around Gatineau even though it was raining.

"Rain or shine, we ride," Grégoire Trudeau wrote in the caption.

In the photo, you can see that Ella is wearing a rain jacket but the former television host is sporting a garbage bag on top of her clothes to keep the rain away.

We've all been there.

Though for some reason, the garbage bag actually looks good on her.

Maybe wearing them instead of rain jackets or plastic ponchos will become the next big fashion trend.

You can see in the photo that Grégoire Trudeau and her daughter stopped by Julian's, a gelato shop, cafe and bistro in the neighbourhood of Hull in Gatineau, which is just across the river from Ottawa.

Sometimes you just need ice cream even if it's raining and you're on your bike.

It's no surprise that Grégoire Trudeau can rock a garbage bag.

She looks fashionable no matter what she's wearing whether it's an evening gown, ripped jeans or a puffy winter jacket.

It's also no surprise that the pair are pedalling around in this region.

The family usually lives at Rideau Cottage in Ottawa; however, Grégoire Trudeau and her three kids had also been living in Gatineau at Harrington Lake since she recovered from COVID-19 earlier this spring.*

It's one of the prime minister's official residences.

Justin Trudeau joined them there and revealed he was commuting from Gatineau to Ottawa for work. The family has not said which residence they are spending time at lately.

*Editor's Note: This story has been updated.