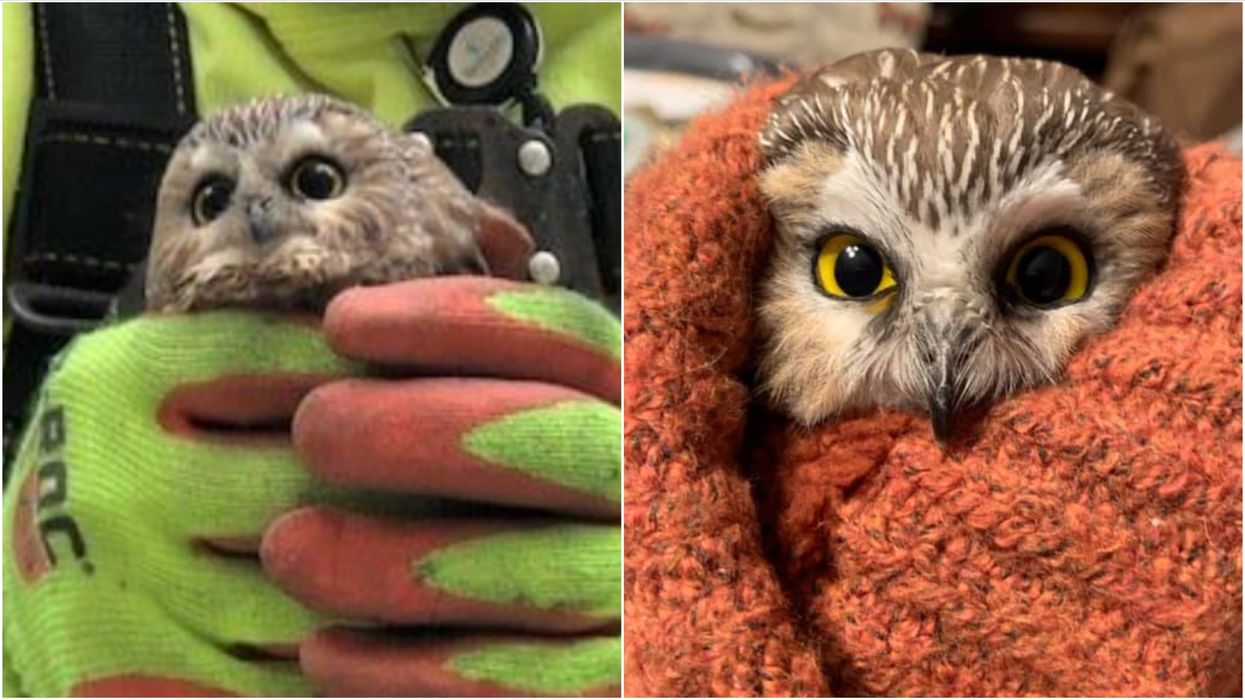 What a festive surprise! New York City’s Rockefeller Christmas tree had a teeny-tiny visitor this year — and he almost didn’t make it to the holiday.

In a Facebook post shared on November 18, Ravensbeard Wildlife Centre in New York state explained that a “secret” had been discovered inside the city’s famous festive tree.

According to the animal organization, somebody who worked for the company transporting the iconic Rockefeller tree had discovered a “baby owl” inside of it. Eek!

Editor's Choice: The Canada-US Border Closure Has Reportedly Been Extended Once Again

What the animal rescue later realized, when they saw his “little face looking up,” is that he wasn’t a baby at all.

He’s actually a saw-whet owl, one of the smallest owls to live in the northeast.

His rescuers believe it may have been days since he ate or drank anything.

Fortunately, the little guy is now hanging out at the local wildlife centre, where he’s been receiving fluids and “all the mice he will eat.”

“Once he checks in with the vet and gets a clean bill of health, he’ll be released to continue on his wild and wonderful journey,” the organization confirmed.

Perhaps the sweetest part of this whole story is the tiny owl has now been named “Rockefeller!”

With the tree itself looking so on-brand for 2020, it’s nice to hear a little feel-good news ahead of the festive season!