It’s an even bolder dark roast! 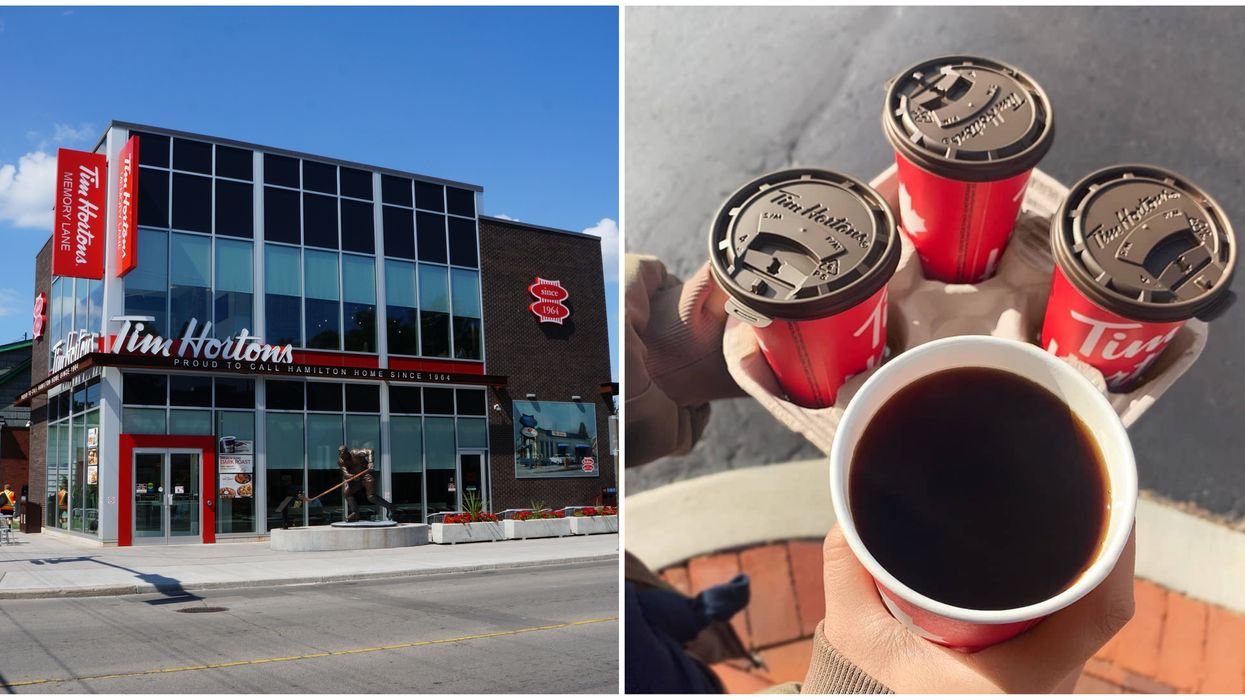 There's a new Tim Hortons coffee and you can now get the improved cup of joe at locations across the country.

On January 6, the new Dark Roast became available and it's brewed from 100% premium Arabica beans, which is supposed to give it a bolder and richer flavour.

Editor's Choice: Ice ‘Crop Circles’ Have Appeared On Ottawa’s Rideau Canal & They Are Out Of This World

Tims first launched its Dark Roast back in 2014 and that recipe was tweaked to be darker in 2017.

However, Canadians had said that they wanted a stronger, bolder flavour so that’s what this new roast offers.

This one was chosen from about four dozen variations of the blend that were developed over the last year.

The flavour has hints of chocolate, cedar, fruits and florals.

Tims recently revealed which coffee and donut Canadians ordered the most in 2020 with the Double Double and Boston Cream coming in first place respectively.

If you like trying new things, Starbucks also just came out with new drinks and one of them is a permanent menu item now.

Eat and Drink Canada
Discover Narcity
Get the latest and greatest stories every day in your inbox.

They've been calling each other out for several months.👇

Over the past couple of months, Justin Trudeau and Doug Ford's relationship seems to have taken a bit of a hit.

From criticizing each other on social media, to sending strongly-worded letters, to making discreet digs at press conferences, the prime minister and the premier of Ontario can't seem to stop publicly roasting one other.

With a new flavour added to McDonald's Li'l Donuts menu, it seemed like the perfect time to put them to the test.

I tried all six selections and ranked them from my least to most favourite. This is my honest opinion.

When it comes to Canadian chip flavours, all dressed is a classic, but Burger King's all dressed nuggets definitely put a spin on it.

To find out how these flavoured chicken chunks compare to the potato chips, I put them both to the test and this is my honest opinion.

They went for blood. 🍔🍟
ColleenMichaels | Dreamstime

The notorious Wendy's Twitter called on followers to request a personal "roast" to celebrate the social media holiday known as "National Roast Day."

Major brands and average citizens requested to be roasted by the fast-food Twitter account, and it's safe to say they delivered.