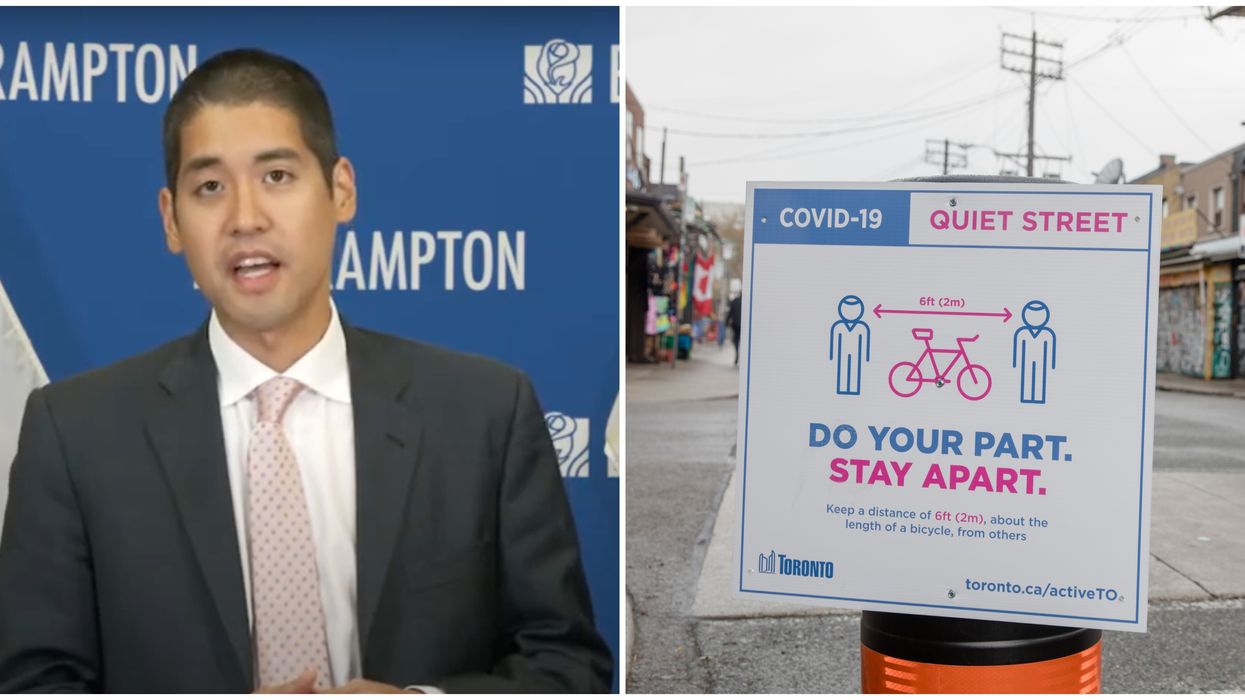 Ontario may be entering stage three of reopening, but normal life as we know it is still a long way away. Dr. Lawrence Loh, Peel's Chief Medical Officer, states that even when COVID-19 cases in Ontario hit zero, regulations will still be in place. In fact, social distancing measures could last until a vaccine is found.

During a press conference at Brampton City Hall on Wednesday, Loh noted that Peel Region was on its way to reporting zero new cases, and entering stage three.

On July 15, Mississauga even recorded its first day with no new cases.

However, the doctor warns residents that they shouldn't take this good news as a victory.

"Many of you have heard me talk about an aspirational goal of zero daily new cases. As stage three looms, I remain hopeful that will see such a future in Brampton and throughout the region of Peel," Loh said.

"I must be absolutely clear. Our first day with zero daily new cases will simply be a milestone on a long journey. It will not signify victory, not by a mile," he said.

"Let me repeat. Zero daily new cases do not and will not mean that all is like before," he added.

In fact, Loh states that "victory will only be assured through continued vigilance."

This means that those in the region would continue to practice social distancing rules for the foreseeable future.

Loh even mentions that these rules will be put in place "until the ground shifts with a cure or vaccine or a change in the viral picture."

During the press conference, the doctor also recapped how Ontario was hit with the disease back in March, pointing to the province's close proximity to the U.S.

"The COVID-19 crisis in the United States continues to escalate and recalling that our deep integration with the U.S. nearly became our undoing in March we must remember that even with the border closed, the U.S. remains accessible to essential travel," Loh stated.

Twenty-four house parties were shut down in one week back in June.