They believed graffiti at a cemetery was targeting Ukrainians. 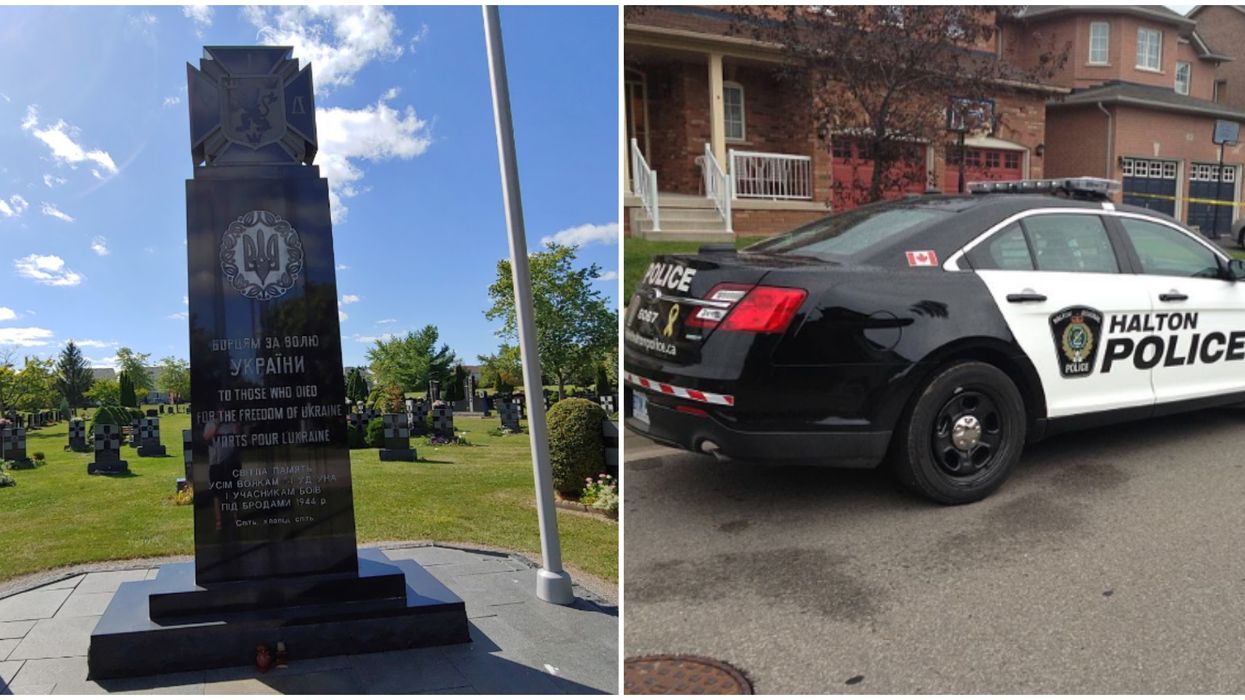 One GTA police force had something of a PR nightmare on July 17. A Halton Police hate crime investigation was launched on June 22 looking into what they believed was anti-Ukrainian graffiti at a cemetery in Oakville. They have since apologized, confirming on July 17 that the slogan was actually adorning a Nazi war memorial.

Back on June 23, HRPS noted in a release that they were looking into vandalism at St. Volodymyr Ukrainian Orthodox Cemetery in Oakville after attending the scene the day before.

A monument in the cemetery had "Nazi war monument" painted over it, according to the Ottawa Citizen.

Editor's Choice: A Toronto Woman Was Caught Going On An 'Unacceptable' Racist Rant On The TTC (VIDEO)

It is thought to have happened sometime between Friday, June 19 and Sunday, June 21, 2020. Police noted they were pursuing it as a "hate-motivated offence."

However, it turns out the cenotaph labelled with "Nazi war monument" is in fact a Nazi war monument, commemorating people who served in the 14th SS Division under Adolf Hitler, per the Citizen.

As the news resurfaced on Friday, July 17, "Oakville" was trending on Twitter as people on social media were stunned to find out the monument exists. They also began to question whether Nazis could be subject to hate crimes.

Halton Police addressed the situation in an update on Friday.

In the latest release, HRPS says that early information suggested the graffiti may have been hate-motivated and aimed at Ukrainians in general or members of the specific church.

"At no time did the Halton Regional Police Service consider that the identifiable group targeted by the graffiti was Nazis," the statement reads.

It adds: "We regret any hurt caused by misinformation that suggests that the Service in any way supports Nazism."

Police went on to note they are continuing to investigate and will update the public when a resolution has been reached.

This isn't the only incident of vandalism that has happened in recent weeks around Toronto, although the involvement of Nazis is a new twist.

Almost exactly a month ago, the statue of Pierre Trudeau in Vaughan was "blackfaced" with spray paint.

Oakville saw another incident at a church earlier this week, too, when a church sign was amended to read "White Pride."

And, at a time when the names of streets like Dundas, as well as cities across Ontario, are being reevaluated due to ties with slavery, Oakville's memorial for Nazi officers seems to have come as quite the surprise to both residents and police.