The 'Monty Python' star says Airbnb gave his rental away. 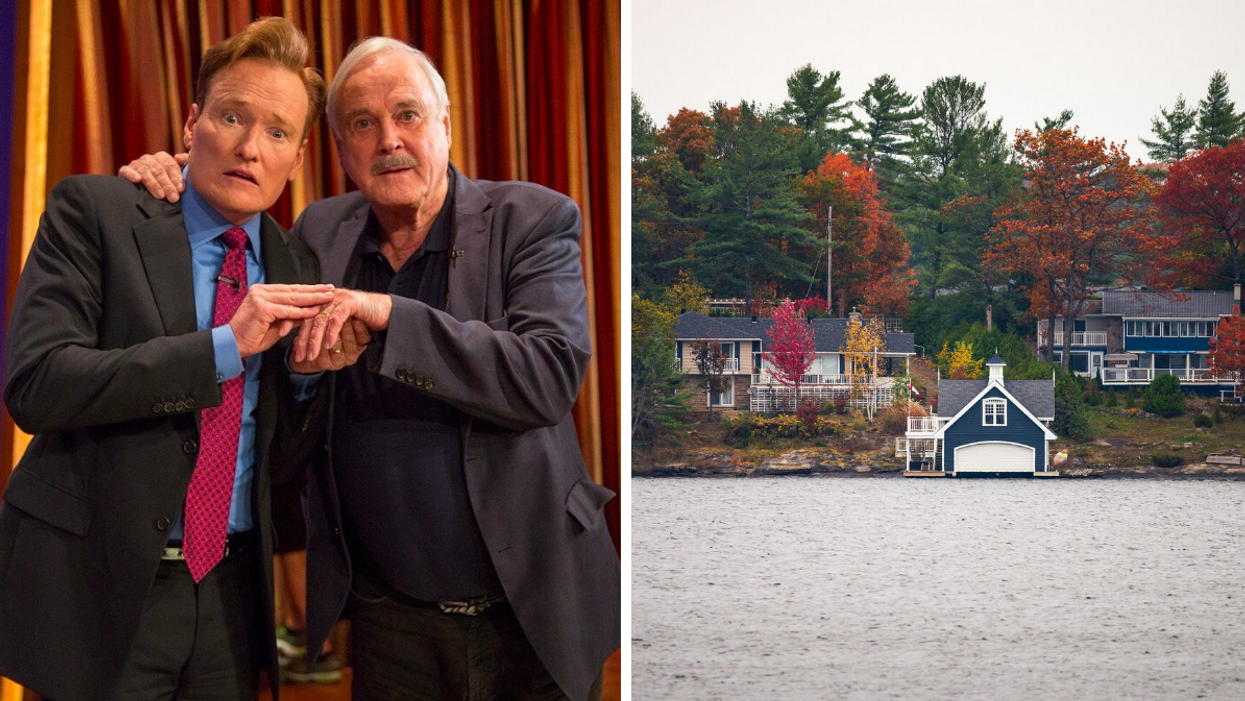 On Monday, Aug. 2, Cleese took to Twitter to ask the people of Muskoka for their help as he searches for a property to rent in the area while shooting a new film. According to the actor's statement on Twitter, Airbnb gave the house he had intended to stay at to someone else.

Does anyone in Huntsville, Ontario have a nice place I can rent to live in while I make a film Airbnb took our mon… https://t.co/LV6KeXmsID
— John Cleese (@John Cleese) 1627922624.0

It didn't take long before Airbnb issued a quick public apology in the comments section, and asked the screenwriter to slide into their DMs to work this out.

In the meantime, hundreds replied to the actor, offering up their cottages, homes, spare rooms, or just guidance on areas nearby that may have places available for rent.

One Twitter user suggested going the "old fashioned route of a hotel" — perhaps with Cleese's Fawlty Towers in mind — but Cleese quickly ruled out that option.

Another jokingly tweeted about a "great motel" nearby in Schitt's Creek, but unfortunately, those accommodations are purely fictional.

With the inpour of Ontarians reaching out to the actor and doing what Canadians are known to do best, Cleese expressed his thanks to his fans and followers.

So far it remains unknown whether or not Cleese found a place to stay, but with over 800 comments and 1000 retweets on Twitter, he's bound to find a place soon.

An Airbnb representative told Narcity via email on August 5 that Cleese had been refunded for the reservation, which had never been formally accepted by the host. The star has also received a coupon for the next time he books through the site.

This article's cover image is used for illustrative purposes only.

Be sure to have a bright light handy!

If you're planning to take a vacation and hit up an Airbnb anytime soon, this TikTok video has some advice that just might be worth listening to.

TikTok user Marcus Hutchins, who describes himself as an ex-hacker and cybersecurity teacher, has gone viral with a recent video that shares tips for spotting tiny cameras hidden inside common household objects.

A cryptic tweet from McDonald's Canada about the thing people "have been asking for" launching on August 31 has led to social media users getting creative and taking wild guesses at what the fast-food chain has up its sleeve.

Along with all the unique responses, so many people were tweeting about the McPizza possibly making a comeback that it was actually trending on Twitter.

Get ready to live out your Love Island fantasy at this stunning new Airbnb location.

Fans of the hit reality show can flock to the Love Oasis in Scottsdale, Arizona, where you can live just like the cast of the show but hopefully with less drama.

Airbnb Is Housing 20,000 Afghan Refugees For Free & It's Looking For Hosts To Help

"There's no time to waste," Airbnb's CEO said on Twitter.

The CEO and co-founder of Airbnb has taken to Twitter to announce the company would be temporarily housing tens of thousands of Afghan refugees for free.

Brian Chesky tweeted on Tuesday, August 24, that Airbnb would be working with partner organizations within Afghanistan and other NGOs to coordinate the effort, but that hosts could volunteer to help as well.