It's a pretty universal reaction. 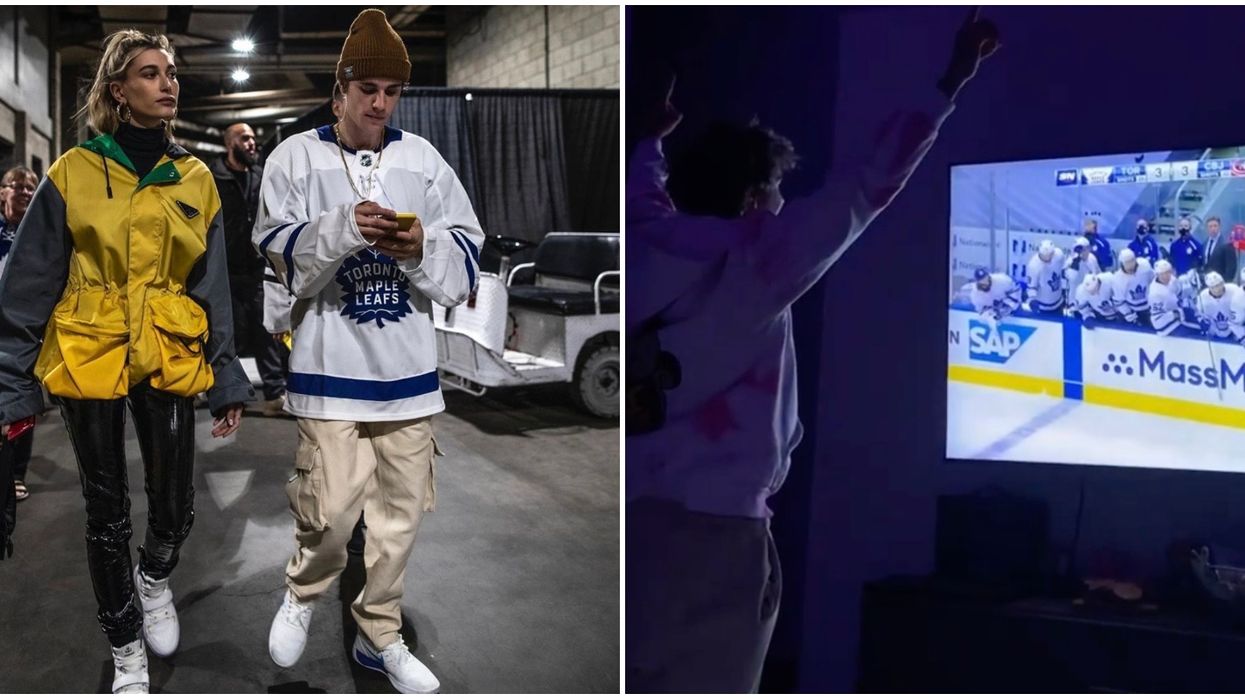 Being a Toronto Maple Leafs fan can often be an emotional roller coaster. Even Justin Bieber's Leafs fandom can lead to some pretty big emotions. That was made apparent in a recently posted video showing the singer's reaction to a last-minute goal.

In an August 7 Instagram post, Bieber is being recorded as he watches his favourite team face off against the Columbus Blue Jackets.

Editor's Choice: Air Canada Routes That Have Domestic Flights Are Being Shut Down Across The Country

At this point in the game, the Leafs are down by one goal, with less than 30 seconds left in the third period. They've pulled their goalie and are fighting to take the game into overtime.

Bieber watches with anticipation, and when his team scores to save themselves from defeat, both he and wife Hailey Bieber let out massive screams of happiness.

"LETS GO LEAFS !! LOVE WATCHING THESE GAMES WITH MY WIFE SHE MAKES IT 100000 TIMES BETTER!! WHAT A GAME! WHAT A COMEBACK!! I HAVE NO WORDS," the caption of the video reads.

The Leafs would go on to win the game, tying up the playoff series at two games apiece.

Being the huge Toronto fan that he is, however, Bieber didn't stop with just his reaction video.

He followed that up with an image of Auston Matthews and William Nylander, writing "MY HERO'S."

He then posted a video of the goal that won the team the game (scored by Matthews), accompanied by a caption made entirely of fire emojis.

The singer capped it all off with a final post of the winning team heading back to the dressing room, writing "THE BOYS."

The Leafs have had a tougher year than usual, having to deal with the fallout of the global pandemic and delays to the completion of the season.

Auston Matthews even went through having the virus, although he said that for the most part he felt okay during the experience.

The next Toronto-Columbus game takes place on August 9 at 8:00 p.m. Eastern.